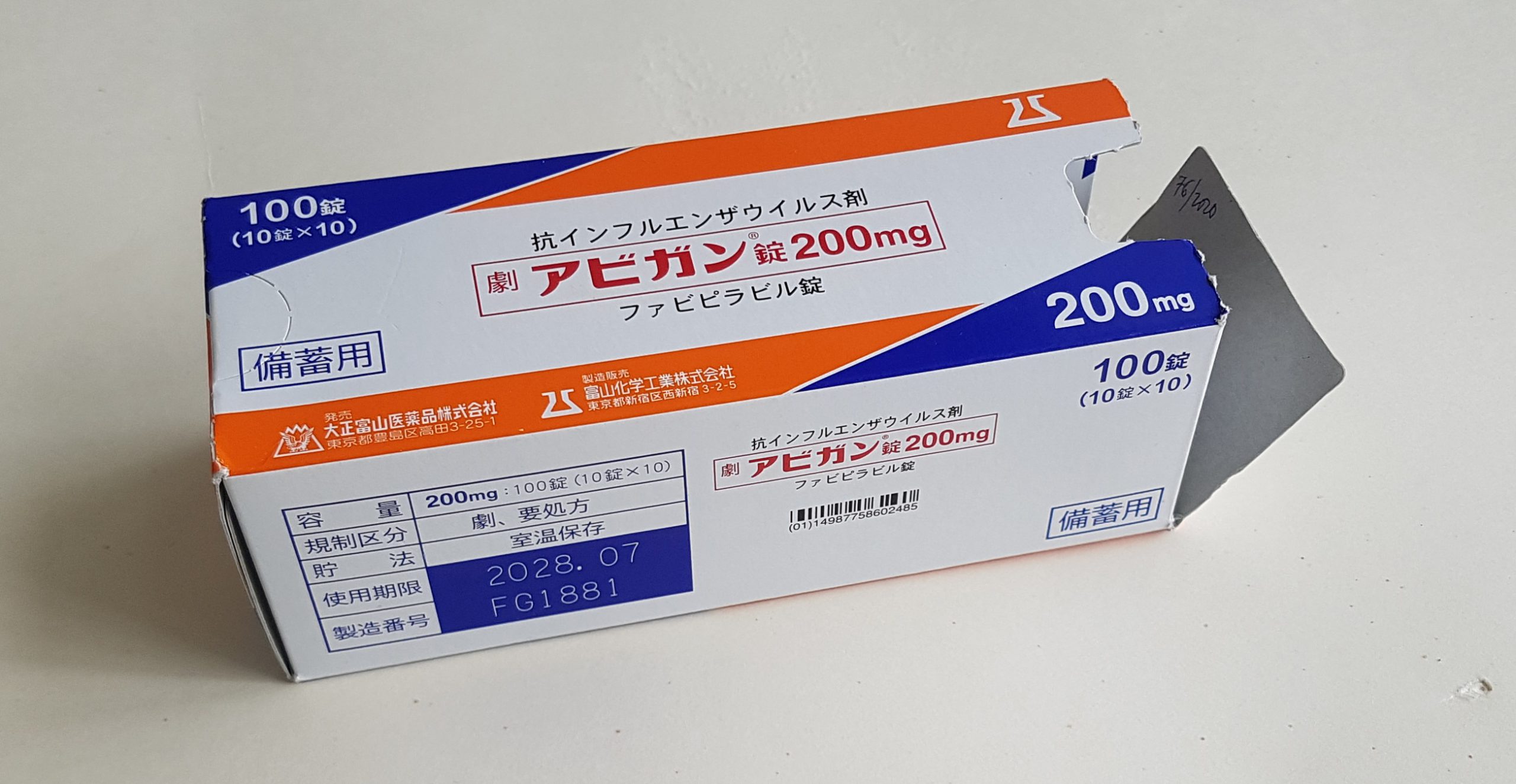 Favipravir, another antivirotic effective against the SARS-CoV-2 virus, was developed in Japan by the Toyama Medical company. In the cell, favipravir is converted in the cell into an adenosine and guanine analog that inhibits the action of the RdRp enzyme; other research suggests it causes lethal mutations of viral RNA, blocking its transcription and replications. It has been approved in Japan as influenza medication in 2014, since 2019 it has been produced as a generic medication. Animal experiments have shown it to be effective against other viruses including Ebola. As a COVID-19 medicine, favipravir has been approved in China, Russia and India. Favipravir is administered per os (orally), which allows its use outside the hospital, and takes effect very quickly. It appears especially effective in patients with milder course of the disease. In the Czech Republic, favipravir has been used in the Thomayer Hospital in Prague or the hospitals in Ostrava and Opava. NML Medical Museum, 76/2020. Photograph by Veronika Löblová