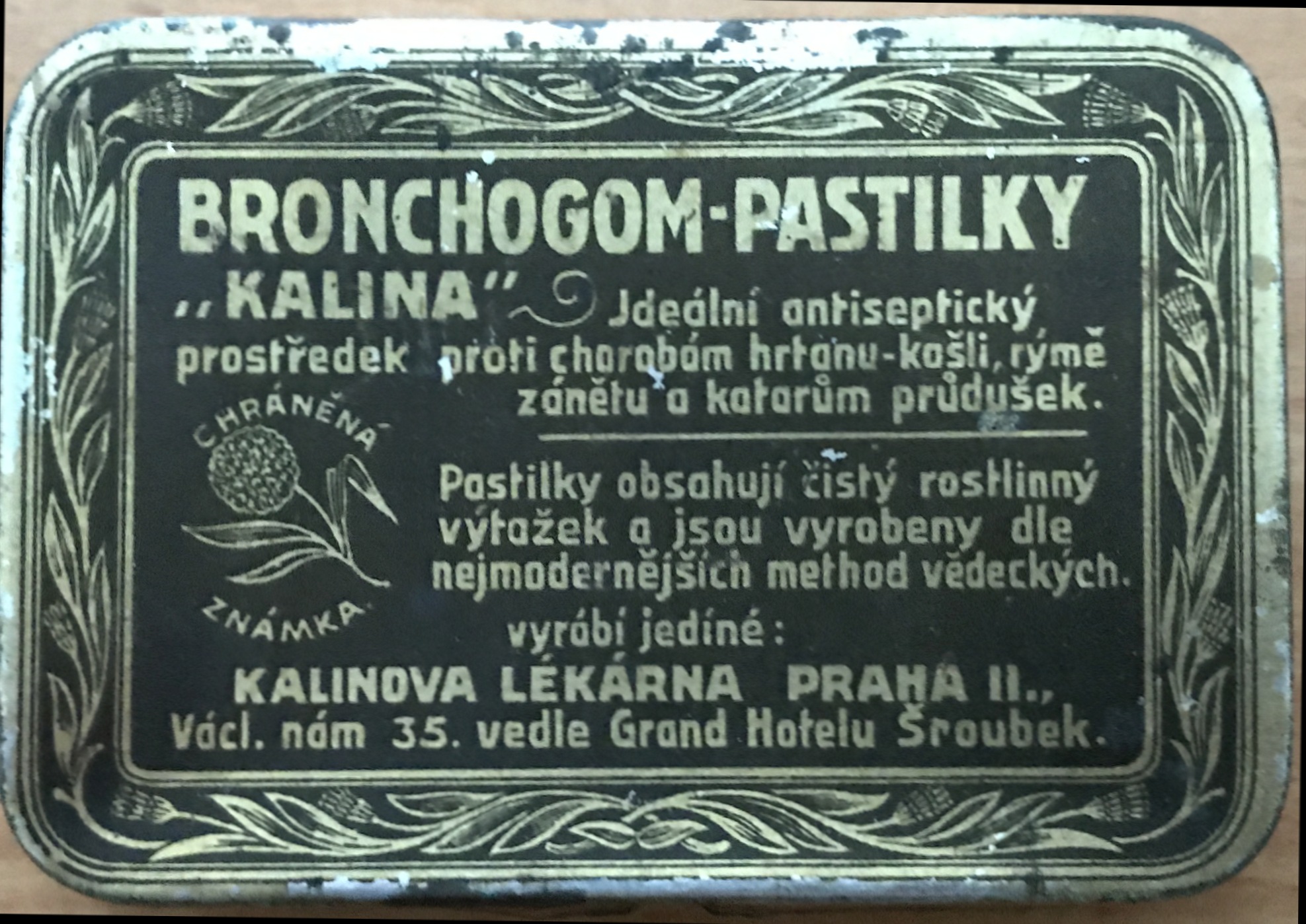 In the cold, wet winter months many of us suffer from upper respiratory infections. Cough lozenges, bonbons containing herbal extracts, menthol or eucalyptus oil, are not only tasty, but help expectoration and ease other symptoms of the cold. In the 19 and early 20 century, opiates were a common ingredient: the risk of addiction made producers to abandon them for other agents. Bronchogom pastilles against cough, cold, catarrh and throat infections were introduced in the early 1930s by the Kalina Pharmacy at the Prague Wenceslas Square. The pharmacy was established by Čestmír Kalina in 1922 in the Hvězda Palace (N. 42). After the death of its founder it moved to the house N. 35 (later N. 27), next to the Grand Hotel Šroubek, later known as Grand Hotel Evropa. Around 1930, it was run by the pharmacist Josef Štěpán (b. 1876) and František Slejška (b. 1889), the later owner of the Red Crayfish Pharmacy in the Prague Bubeneč suburb. In 1935, the pharmacist Karel Storch (1900-1965) bought the store, expanded it and modernized.

The brand name suggests content of gomenol (“Gomen oil”) from the twigs and leaves of the Niaouli tree (Melaleuca quinquenervia), native to Oceania and eastern Australia. Jules Prevet (1854-1940) begun to produce the oil and import it to France in 1888; its composition and effects were described by the pharmacologists Fernand Guéguen (1872-1915) and Gabriel Bertrand (1867-1962).In 1893, the brothers Charles (1852-1914) and Jules Prevet registered the trade mark Gomenol, referring both to Gomen, the site of the first plant processing the drug and to the English, internationally intelligible word gum. In Prague, Gomenol products were distributed by the Julius Kussi Company in the 1920s and 1930s.

Advertisements for the Bronchogom pastilles appeared in daily papers only in 1932- 1933. In a 1938 article on the therapy of chronic pharyngitis, Dr. Jiří Charousek (b. 1896), a Prague laryngologist and a former assistant at the German University ORL Clinic in Prague, still recommended the Bronchogom bonbons to ease dry throat symptoms of a throat infection. 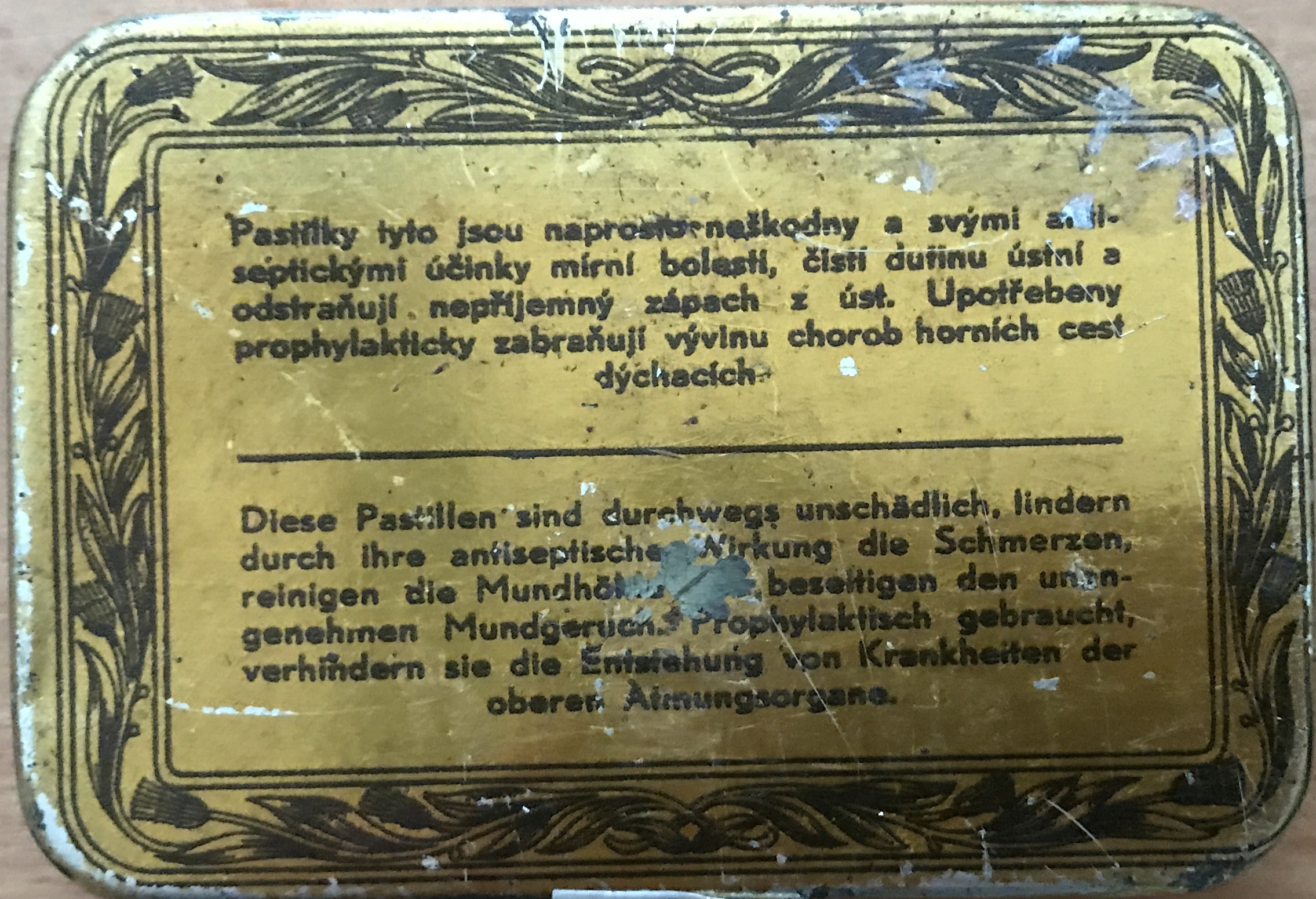