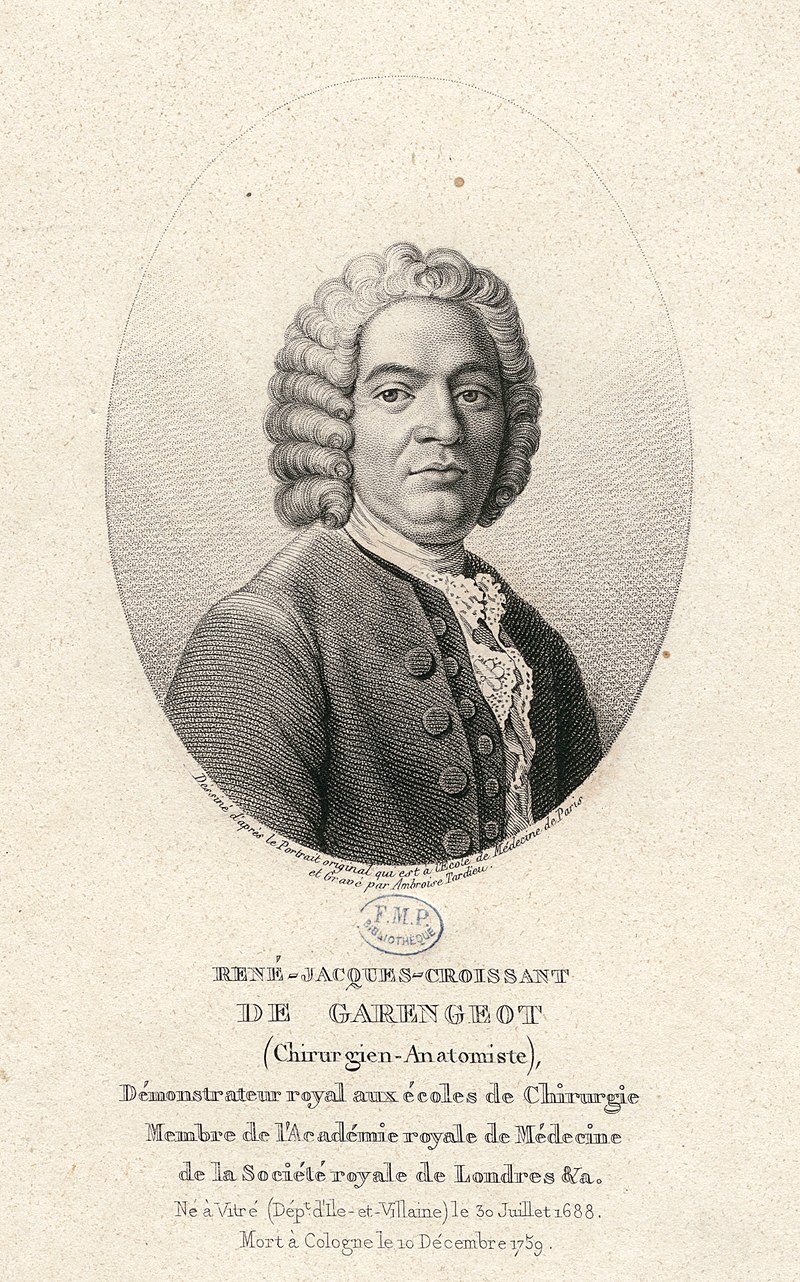 René Jacques Croissant de Garengeot (1688 Vitre – 1759 Köln) studied surgery with his father in the Breton town of Vitre (Gwitreg), before working as a military and naval surgeon in Angers and Brittany for several years. In 1711 he moved to Paris and found work with a surgeon employed at the medical faculty (École de médecine). This allowed him to follow classes – above all, with the anatomist Jacob Winslow – and at the same time continue his schooling with Jean Méry, Jean-Louis Petit and other noted Parisian surgeons. In 1725, he finally became member of one of the surgeon guilds (communautés) and began teaching anatomy at the newly founded surgical academy. During the 1720s, he published several books on surgery and anatomy: today, the femoral hernia with incarcerated appendix, as well as – in France – the dental key known elsewhere as the „English“ or „German“ key carry his name. In 1742, Garengeot became head surgeon of the Royal Infantry Regiment. During one expedition of the Seven-Year War he succumbed, apparently, to a stroke.