Aside from Biocard, he participated in the development of angiographic syringes (1966), the Mikrospir and Minispir aspirators (1971), the Minicoma electroshock therapy device (1972) or single channel oscillator Starscop (1976) in Stará Turá, the Chirastar 60 EKG in the Medical Technology Research Institute or the Javorina sunray lamp, Infraterap infrared lamp or the blue light for treatment of jaundice in newborns at the Chirana Piešťany. For the Chiratom 400 and Chiratom 70 electrocauteries he has received several awards, including the Golden Medal from the Brno trade fair (1984).

Since 1978, he led the dental technology department in Chirana Stará Turá (later Chirana Medical) and directed the development of multiple dental units, chairs, compressors and other instruments. The SMILE (1999) and Cheese (2011) dental units and the SK-1 dental chair (2001) brought ing. Pilát and Ass. Prof. Ferdinand Chrenka from the Fine Arts Academy Slovak national prizes for design. He received 16 patents and two certificates for design in medical technology and further 12 patents in the field of dentistry. 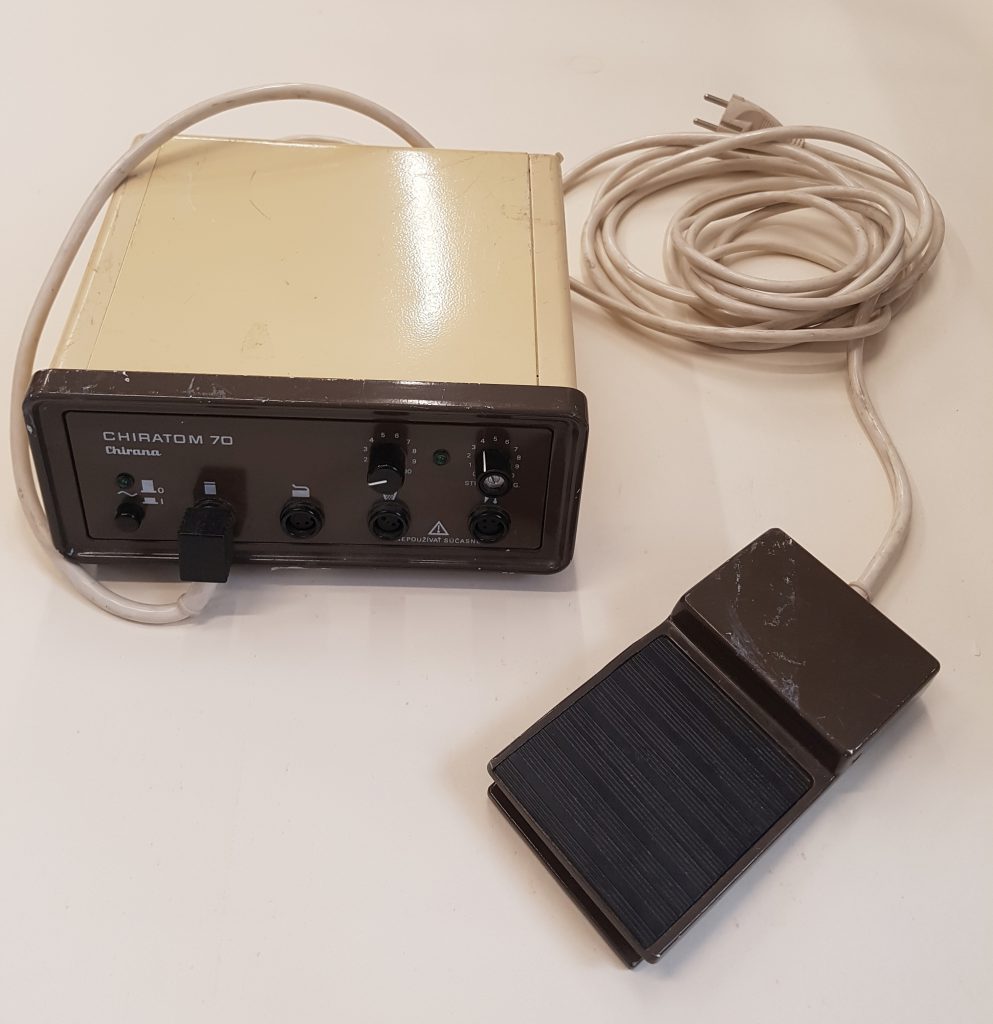