Sir Fergusson himself did not claim the invention of the „grate catcher“ and recalled instead a „most ingenious surgeon in Kelso, the late Mr. Robertson, [who] invented an instrument somewhat like a bottle brush, enclosed in a sheath or tube, like a stomach tube, with which he proposed to sweep out the esophagus, just as the modern Ramoneur is used in vents.“ (System of Practical Surgery (London: John Churchill, 5. ed., 1870), 568). More than a hundred years earlier, Lorenz Heister (1683-1758) mentions a „stomach brush“ (Magenbürste), an instrument similar to a bottle brush, placed on a coil of leather-wrapped wire. 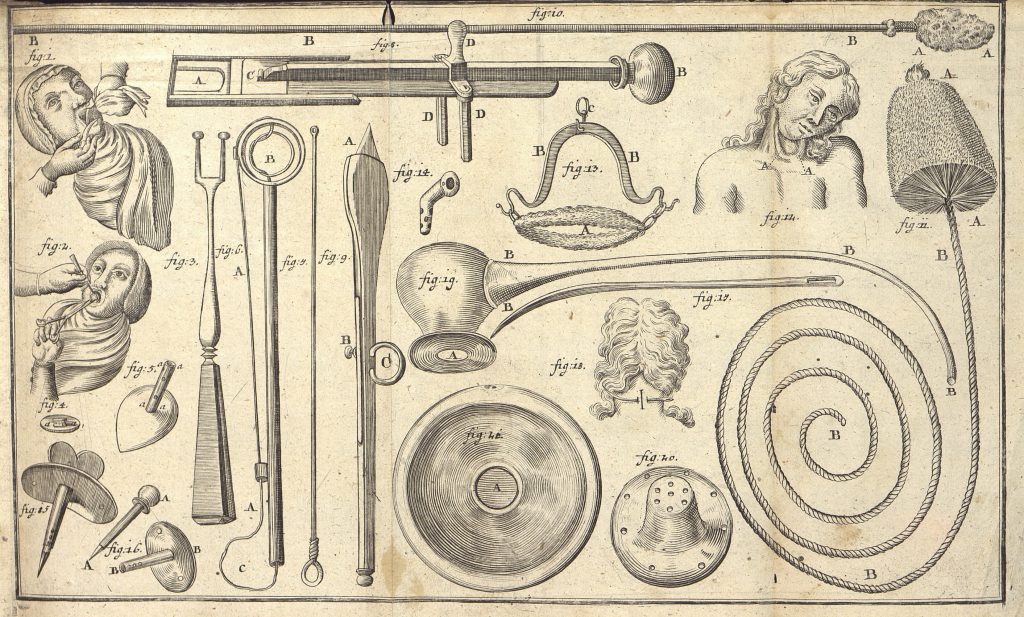