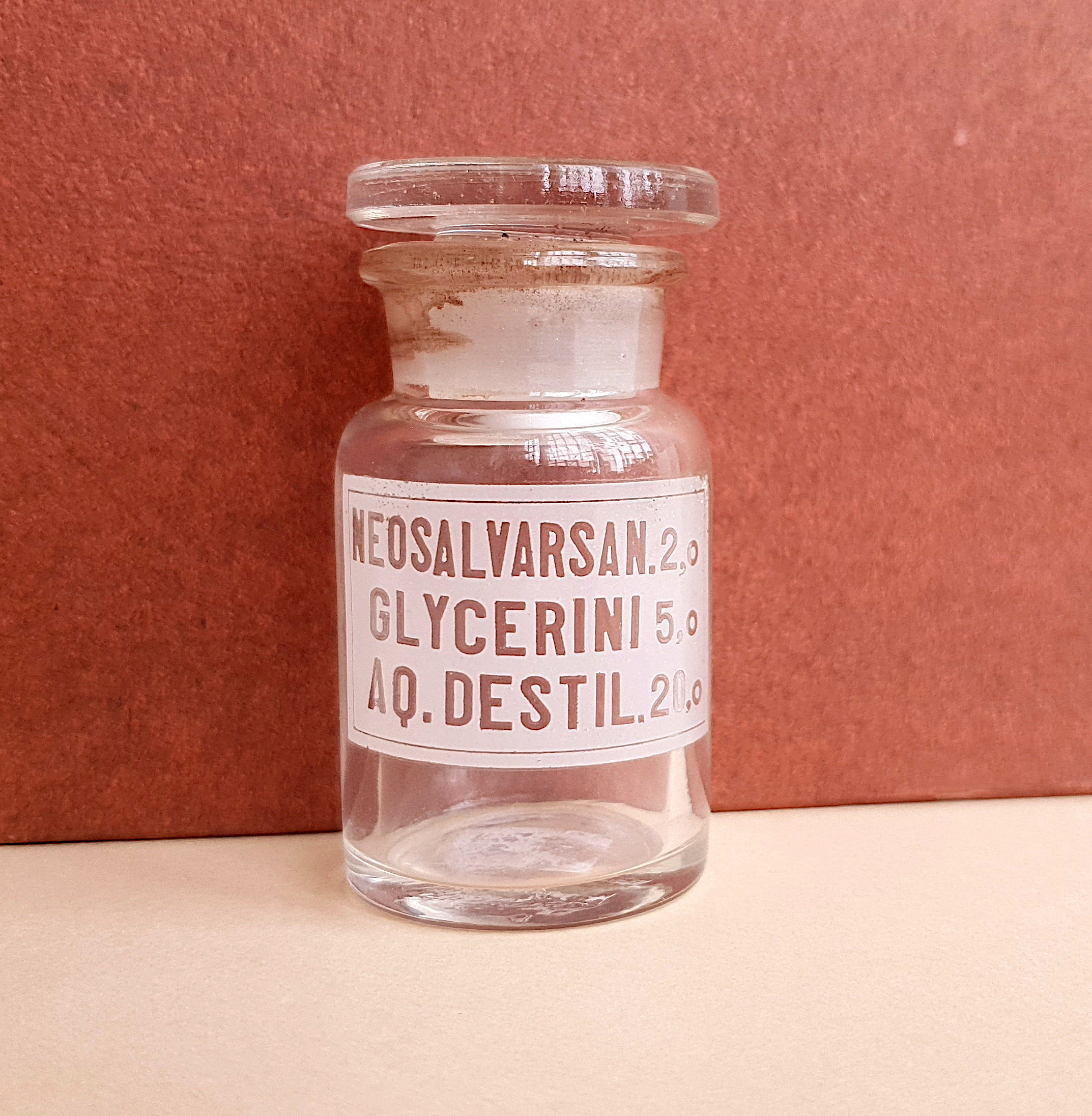 The concept of „magic bullet“ (Zauberkugel) was coined by the German chemist and immunologist Paul Ehrlich (1854-1915) for a chemical compound that targets a specific pathogen (such as Trypanosoma protozoans that cause sleeping sickness, or spirochetes, the bacterial agents of syphilis), without harming the body of its host. The first „bullet“ so targeted – but quite toxic – was Salvarsan, an arsenic compound effective against syphilis, introduced in 1909. Since 1912, Neosalvarsan , a less toxic, more soluble, but also less effective drug, was produced in its place. In the 1940s, both drugs were superseded by antibiotics. NML Medical Museum Pharmacy Collection, PH 345. Photograph by Tereza Vobecká