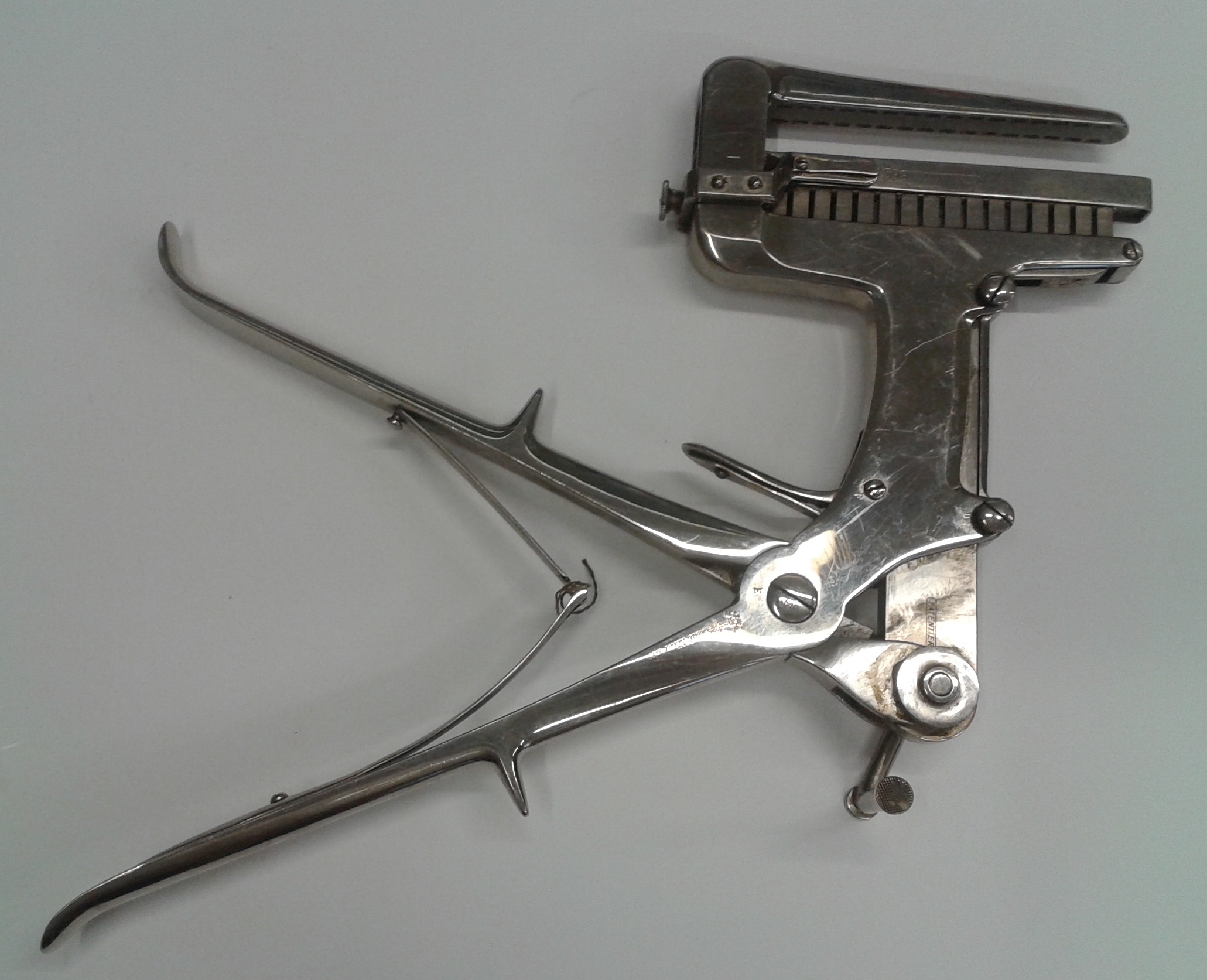 The use of staplers in surgery begun in the early 20th century. The first surgical sewing machines were operated with one hand and user primarily to close skin wounds. In 1908, the Hungarian surgeon Homer Hültl (1868-1940) presented his „apparatus for suturing stomach and intestine“: the use of wire staples reduced suture time to several seconds and and minimized the duration of anesthesia. The apparatus was heavy and expensive and could be recharged only by the manufacturer. Aladar von Petz (1888-1956) simplified and improved the stapler in 1921. Dents in the lower arm of the stapler folded staples, fed by a nurse into the upper arm, in the shape of the letter B. Jetter und Scherer Company (Aesculap) begun producing the instrument commercially in 1924. In Czechoslovakia, this “modern contribution to the surgical therapy of stomach disorders” appeared in the 1930s.  Recharging the stapler still took several minutes: to allow recharging during surgery, Eduard Neuffer (1893-1965) and Heinrich Friedrich (1893-1944) designed a model with replaceable cartridges, produced since 1934. The original Petz staplers remained in use until the 1980s.

After World War II, staplers were further developed in the Soviet Union and, since the 1960s, in the USA (Mark Ravitch).  Contemporary staplers are common in both abdominal and chest surgery. Some types  include a knife for the resection of the stapled tissue. 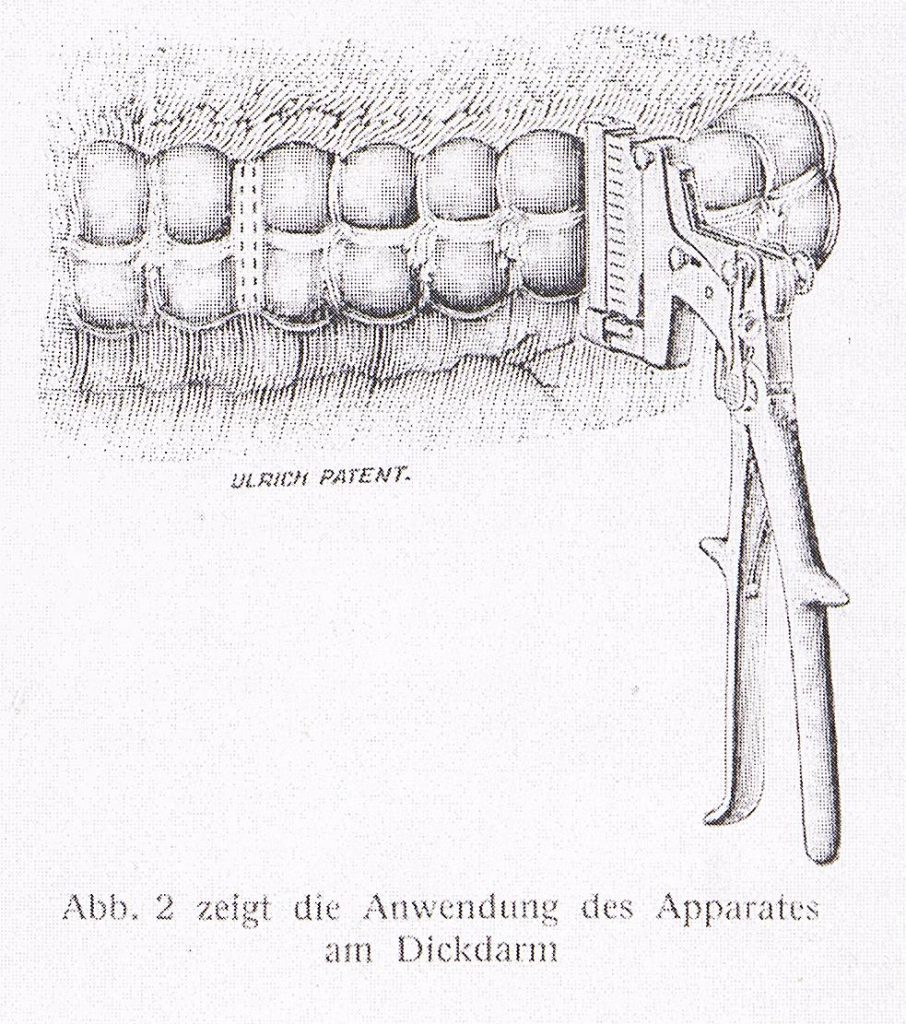