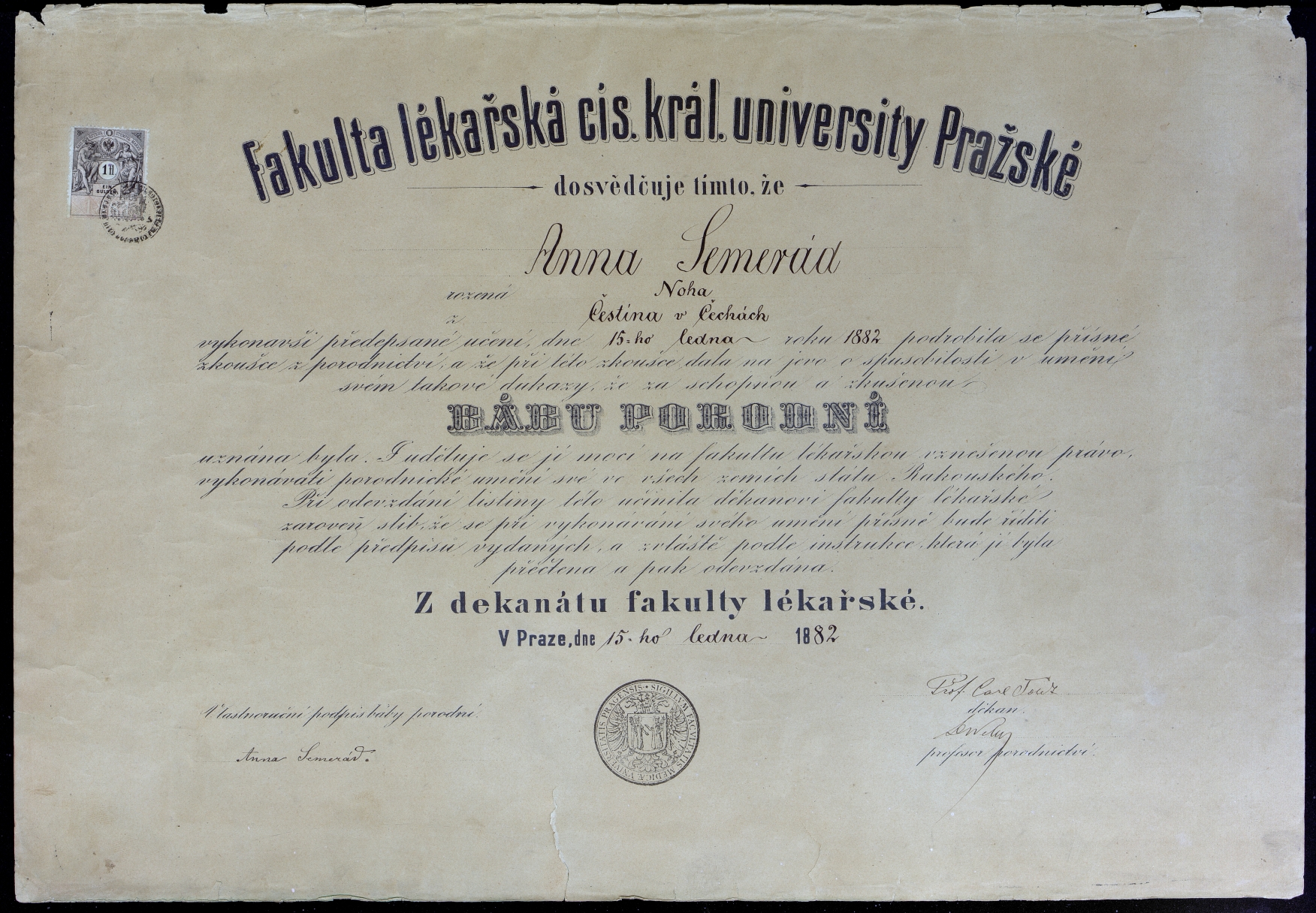 The Medical Faculty supervised the competence of midwives since the 1651 decree of Ferdinand III. Since 1748, future midwives had to pass an examination before the Dean and two senior professors. This ordinance applied at first to Prague and later to all cities, since 1804 the Faculty examined country midwives as well. Gradually, university courses for midwives were opened, which included autopsies and practical instruction. Poor candidates were granted financial support from cities, communities and feudal authorities. The course of study consisted of one semester of lectures and two months of practical training in the maternity hospital.

Anna Semerad, née Noha, was born in Cestin in the Kuttenberg area on June 11, 1854. Her father Frantisek died shortly before her birth. On August 19, 1879, she married Josef Semerad, a master watchmaker and already a widower (born 1839), in the church of Cestin. She recived her diploma, which certified her training and her professional pledge, on January 15, 1882. The diploma was signed by herself, by the Dean of the Prague Medical Faculty, the anatomist Karl Toldt (1840-1920), and the Professor of Obstetrics for Midwifes, since 1870 Ferdinand Weber von Ebenhof (1810-1893), an advocate of antisepsis in obstetrics. She practised as a midwife in Zbraslavice until at least 1895.