General Medical Practice: Past to Present

During the 19 and 20 centuries, the notion, content and conditions of medical practice in the Czech lands underwent turbulent developments. New „pocket exhibition“ in the NML Medical Museum shows the transformation of the setting of general medical practice, the advent of new instruments and new knowledge, as well as the changing relationship of the doctor to the patients, the state and the health insurers.

Until mid- 19 century, a medical office with set office hours was rare. Practitioners of general and internal medicine had no need of particular furnishings or tools, nor were laboratory tests carried out in a private practice. A stethoscope or a reflex hammer easily fit a doctor’s valise. If the physician saw the patient at all and did not write a prescription after a distance consultation, he examined during house visits in the neighborhood or longer tours by carriage. Offices, initially located in the doctor’s home, appeared in cities around 1850, much later in the countryside. In the early 1900s, first women in the Czech lands were awarded doctorates and the right to practice medicine. Dr. Anna Honzáková (1875-1940) opened her practice in Prague (Moráň) in 1905.

After 1870, a public healthcare system began taking form in the Habsburg monarchy. Physicians usually strove to combine public and private practice, as neither sufficed to support a family. In the 1870s, first thermometers complemented the doctor’s portable equipment, which also included catheters or ointment bottles. Since 1888, medical insurance spread in the Czech lands: it blossomed in the first Czechoslovak Republic after 1918, transforming the shape of medical practice.

Patients encountered their doctors in offices, but also in outpatient clinics of voluntary associations (Czechoslovak Red Cross, Masaryk League against TBC, Mother and Infant Protection), district health insurance authorities or hospitals. Physicians, including those in state service, combined insurance and private practice. Increasingly, the liberal profession of a doctor turned into contract work for a insurance company or employment in a clinic. At least since the 1920s, registered nurses worked as physician’s assistants in doctor’s offices as well. Physicians sent samples for laboratory testing to private and university laboratories; the number of specialized ambulances available for referral grew. However, in the 1920s and 1930s, many general practitioners acquired simple equipment for biochemical or blood tests, as well as blood pressure, electrotherapy or X-Ray apparatuses.

General practice in Czechoslovakia changed little in the first postwar years. The introduction of antibiotics, countrywide diphtheria inoculation – first compulsory vaccination after the variola vaccine mandated in 1812 – or the provision of medicines and technology by the UNRRA did leave their mark on the shape of ambulatory medicine. The socialization or etatization of the latter (according to the law on the unification of preventive and therapeutic care 103/1951 Coll.) at the beginning of 1952 transformed the work of doctors and health workers, the layout and the equipment of ambulances, the sources and the availability of instruments and and drugs, as well as the patients‘ means of access to healthcare. 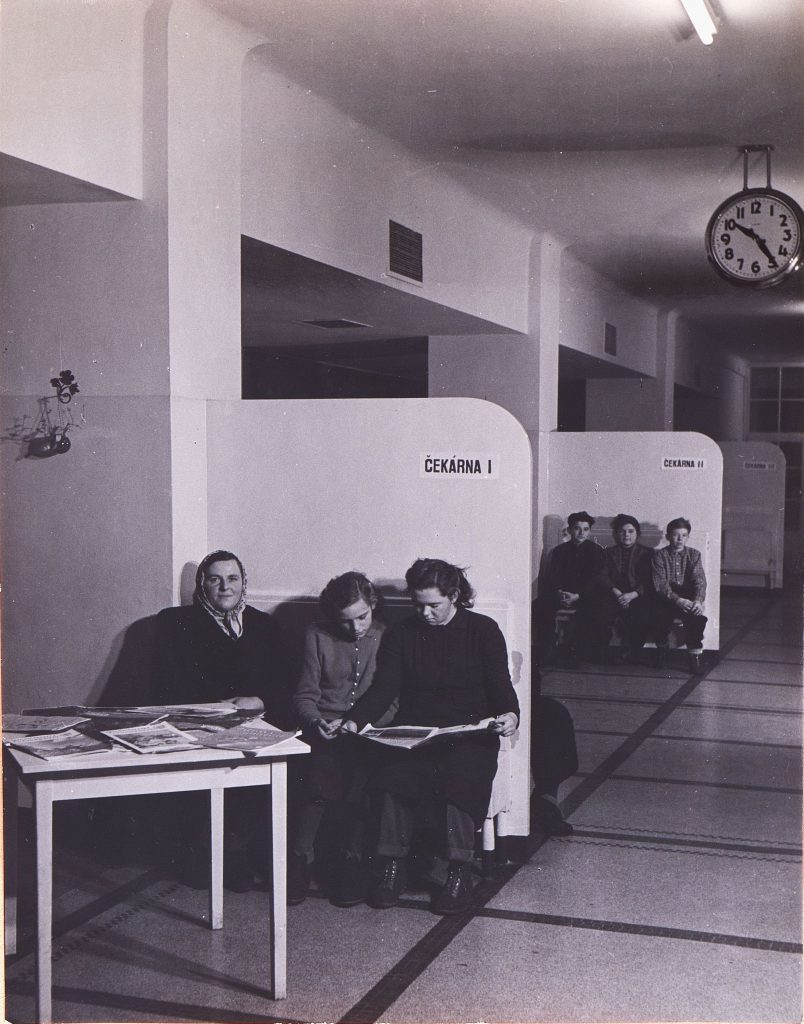 Renewed permission to practice medicine privately, restoration of the medical insurance system, as well as the technological innovation constitute a new metamorphosis begun in 1989. This passage from yesterday to now leaves its own trace in museum collections. To be sure, we are still guessing, which records of the recent past are worth preserving: nor do we know for sure what of this past shall pass and what shall endure.