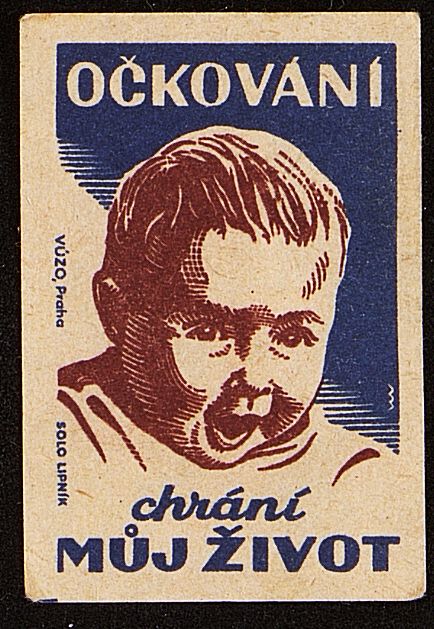 Object of the Month: December 2021

The matchbox sticker featuring a – perhaps – smiling child was published in 1954 by the SOLO factory in the Moravian town of Lipník nad Bečvou and conceived by the Research Institute of Health Education in Prague. The factory, founded in 1908, became part of the nationalized SOLO Company after the war, but for several years in the 1950s it became autonomous again. The Institute was formed in October 1952 from the 5th Department (for health education) of the pre-war National Institute of Public Health, now abolished and reformed as a group of „independent institutes for individual fields of hygienic and epidemic care“ on the Soviet model. Promotion of vaccination was among the main tasks of the new Institute.

The sticker refers, most likely, to TBC vaccination with the BCG (Bacillus Calmette-Guérin) vaccine. Smallpox vaccination, mandatory since 1919, has saved thousands of Czechoslovak children that would have died or be disfigured in previous centuries, but until 1945 no other vaccines were mandated in the country. Vaccines against diphtheria and TBC were available before the war, but they entered the vaccination only in 1946 and 1947 respectively. Insurance companies were reportedly willing to finance diphtheria shots, but the latter were given mostly to children in hospitals and in holiday camps. Bohuslav Feierabend of the National Institute of Public Health called for mass vaccinations with the BCG vaccine in 1927, but most physicians and most insurers were rather reserved in their approval. The 1930 “Lübeck tragedy” – more than 200 children were infected with a virulent TBC strain due to mistake in administrating the vaccin 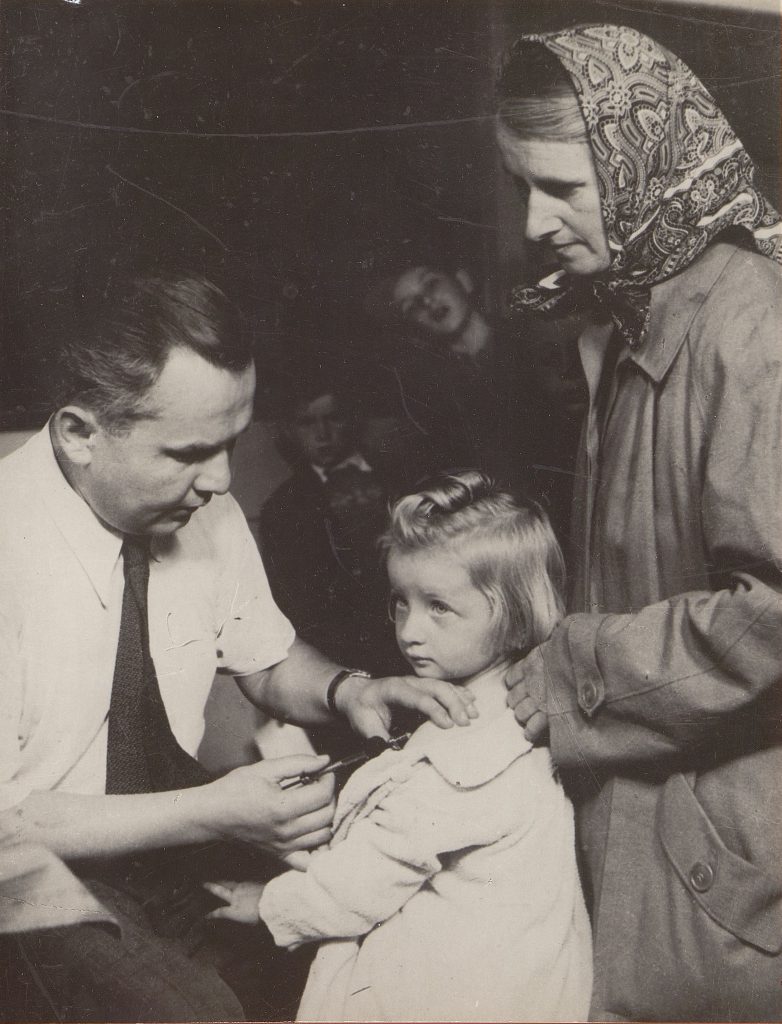 e and fifty of them died – certainly played a role in the uneasy relationship of the public to TBC jabs. Legally, the health insurance system was under no obligation to finance them. In 1934, Eduard Břeský proposed BCG vaccination of at-risk groups – were it to implemented at all – to be funded by the state. Only after the war, however, did mass TBC inoculation of children between 1 and 20 years of age become a reality, with the help of the Danish Red Cross (pilot project in 1947) and Swedish and Norwegian authorities, first in the framework of UNICEF and later the World Health Organization. From 1953, newborn babies and young people under 30 were vaccinated as well. At the same time, an extensive promotion campaign commenced, which could take avail of visible success of mandatory vaccination in the last five years, especially in the youngest children, whose TBC lethality is highest. 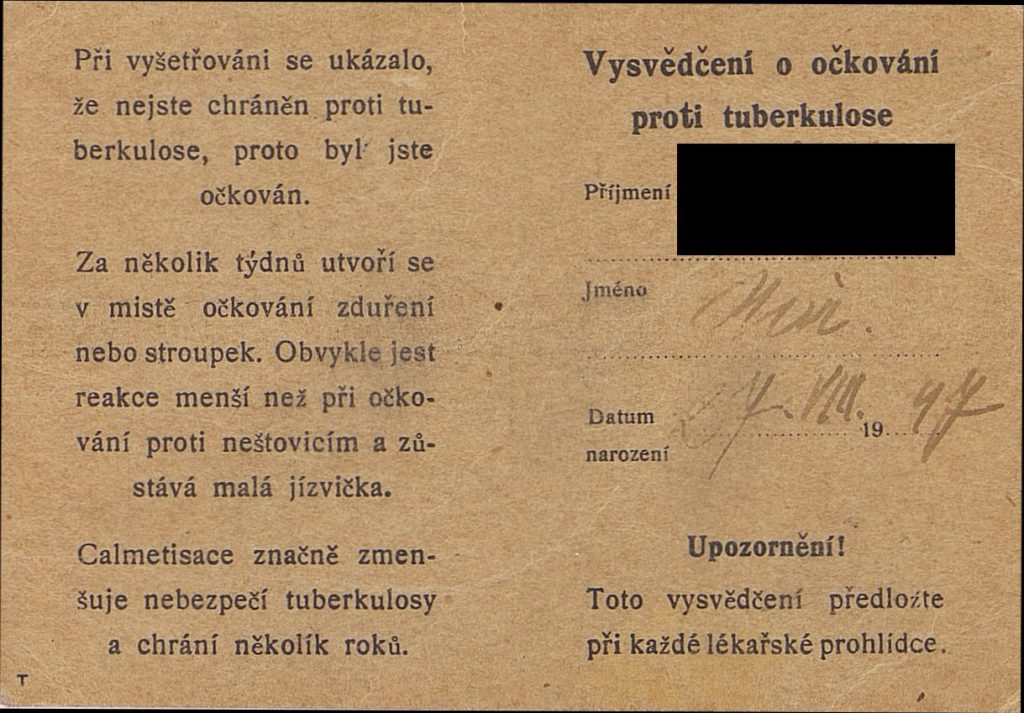 The NML Medical Museum preserves dozens of matchbox stickers with health and medical motifs, most of which date from the 1950s and 1960s. Alongside other public imagery, matchboxes were means of state political and education campaigns in those decades. Health education belonged among their most common subject matters: paradoxically so, if we consider the rising number of smokers and the official promotion of tobacco industry in the 1950s Czechoslovakia. At the end of the decade, the country led the European chart of the share of smokers among the population.

The modest size of matchbox designs led the artists to expressive, often witty expression. Their authors remain mostly anonymous today. One exception is the graphic artist, illustrator and amateur filmmaker Vilibald Weinzettl (1916-1991), distinguishable by his VVV signature, who drew more than 1400 stickers from 1948 until his death. Weinzettl started his career as a draughtsman with a building company, he graduated from a civil engineering school and spent two years before the war in the Vilem Rotter applied arts school on Prague, associated with Rotter’s successful design studio. His multifaceted art work includes advertising designs, children’s book illustrations, coloring books and cutouts, as well as feature and puppet films and film cartoons. His puppet animation Eman Plíšek (Eman the Metal Leaf) won a prize at the UNICA festival in Saltsjöbaden (Sweden) in 1947. The simple, geometric title puppet of thin tin sheet has much in common with Weinzettl’s later work for the matchbox industry.