Western medicine is not unanimous regarding acupuncture. Most physicians consider it a pseudoscience, some are ambiguous and some have accepted it and made it part of their practice. The disagreement can be explained by the fact that the existence of an energy passing through the human body on invisible pathways has not been proven, nor has its essence been explained. The positive effects of acupuncture are usually not denied, but they are explained as effects of physiological stimulation of nerve endings that may improve human health. Acupuncture can serve as a complex resolution of a wide spectrum of health complaints. In the ideal case, a combination of acupuncture with western medicine can be implemented.

As a treatment method, acupuncture is founded on the findings of traditional Chinese medicine and philosophy. During treatment, special needles are inserted to acupuncture points on the human body. In Czechoslovakia, acupuncture needles were produced since at least 1966 in the Prema (later Chirana) Stará Turá factory for production of medical and surgical instruments. A set of 20 acupuncture needles of four different sizes in a translucent plastic case with dustproof cover, made by Chirana Stará Turá in 1980s. NML Medical Museum, N 521.

According to the Chinese healing traditions, acupuncture points are located on energetic pathways (meridians), through which life energy (chi) flows and connects individual organs. The meridians form a bipolar system, with each meridian repeated twice on the left and the right side of the body, marked yin and yang (feminine and masculine principle, negative and positive, corresponding to black and white etc.). 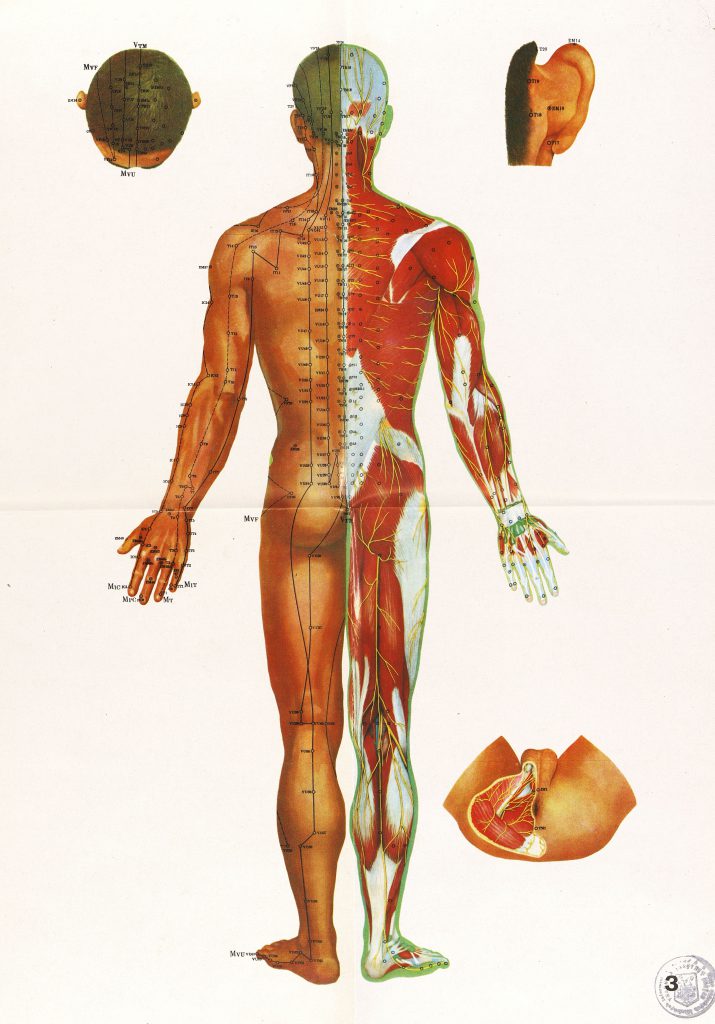 At the same time, the human body is divided into five groups associated with five elements (wood, fire, earth, metal, water), with a pair of organs corresponding to each element:

The perfectly interconnected system presents the physical and the psychic dimension of the human body as indivisible. In a healthy organism, energy flows continuously through all these linked meridians and all principles should be in balance: if that is not the case, energy is blocked at one point or another, the organ is weakened and the body falls ill. Chinese medicine and acupuncture attempt to prevent this state and sustain the body in balance.