Earthenware bottle for Biliner Sauerbrunn, with the stamp of origin including the initials FL (Fürst Lobkowitz), around 1870. The notches on the bottleneck serve to fasten a metal cap. NML Medical Museum, PH 499. 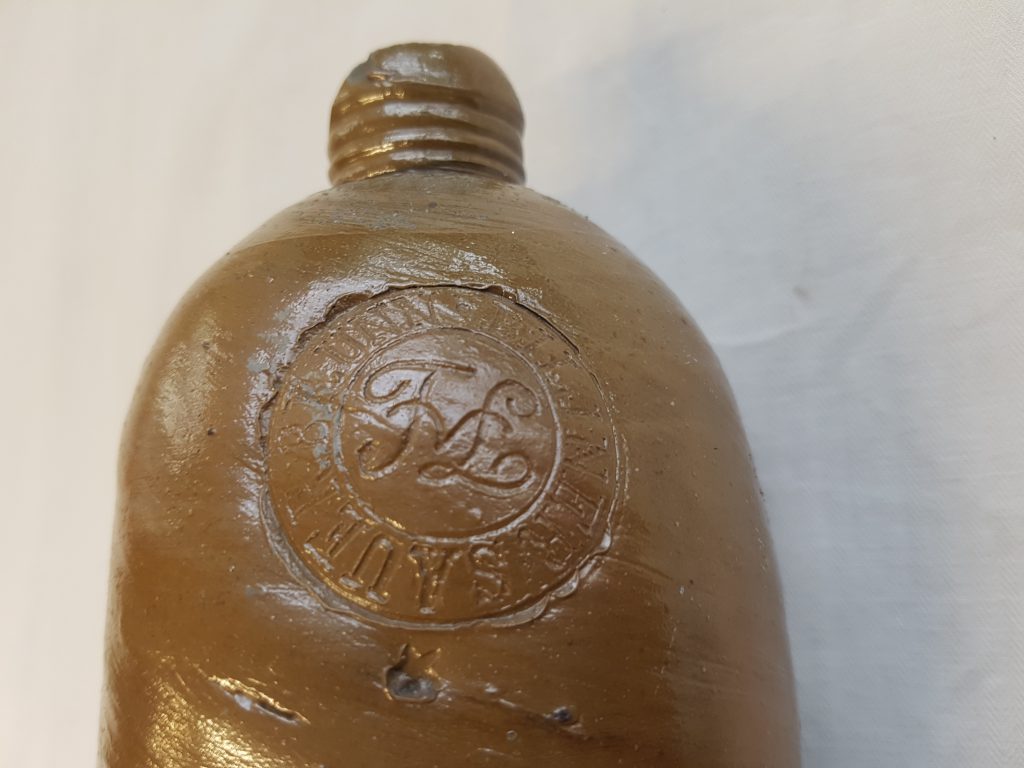 Advertisement for the sale of Biliner Sauerbrunn in one of the Lobkowitz-owned houses in Vienna, Augustinergasse 1226. Wiener Zeitung March 11, 1813, p. 11

Records of the mineral springs at Bilin date back to the 16 century. In the 18 century, the Dukes of Lobkowitz distributed the Biliner Sauerbrunn across Europe. In 1780, the springs were cleaned and a distribution center built. At the same time, the Lobkowitzes took over the Saitschitz springs containing laxative sulphate of magnesium, known as Epsom salt. In Bilin as well, earthenware gave way to glass around 1870. In Prague, Biedermann a Kunerle sold Bilin water since the 1820s.