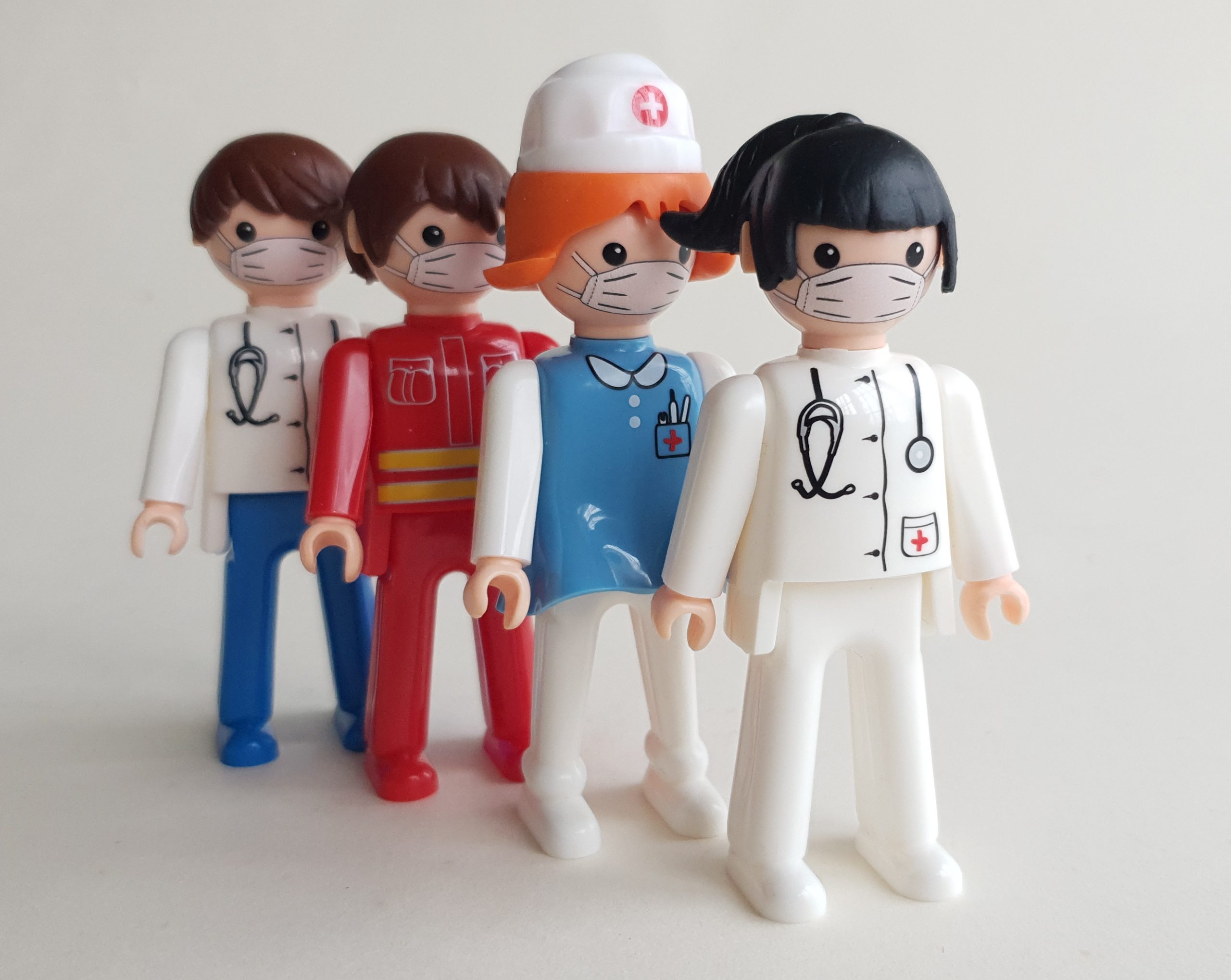 Face masks have become the most prominent symbol of the Corona pandemic in the Czech lands and beyond. Masks represent, on the one hand, the efforts of thousands of people to contribute to defeating the plague, to protect themselves and to help those in need. On the other hand, they point to the disputes and controversies regarding hygienic rules and public health measures, regarding the powers of state authorities in a period of need, as well as international cooperation and trade and tensions between states accentuated by the global health crisis. 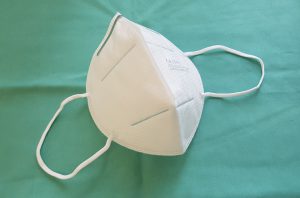 Face masks are loaded with meaning, no matter whether they are home-made, bought in stores with smaller or greater difficulties, delivered by community organizations or local government, made locally or imported from faraway lands, whether we wear them with hope and with fear, or refuse to wear them at all: in the past months face masks are the matter. Washable or disposable, simple or complicated, plain or ornate masks will remain in our drawers and our minds long after the pandemic – as we all hope – is over. If a museum – a medical museum in particular – wants to preserve the life in the Czech lands during Corona, masks will be at the center of both collecting and exhibiting artifacts.

The Medical Museum Object of the Month for May 2020 is a mask used by health workers since the late 19 century to protect surgical patients from infection. In June and July, as the need to cover mouth and nose subsides in the Czech Republic – and grows elsewhere – we point out the ubiquity of the face masks in our lives since March this year. Not only living people, even toys have worn face masks in this country.

The famous Igráček plastic figures depicting different professions, with tools and accessories, became iconic toys of the Socialist era, introduced by the Igra Cooperative in 1976 and produced in Mnichovice. Their designers, Jiří Kalina and Marie Pavlíčková-Krejchová, took up a suggestion by Hans Beck from the Geobra Brandstätter Company, who was not able to raise interest in the idea in Germany and asked Kalina to try in Czechoslovakia. The idea was approved, but delays in starting production were such that the German Playmobil figures appeared two years earlier, in 1974. The “Igráček” (the Igra puppet or doll) could raise arms forward and upward, bend legs at the hips, rotate head and grasp tools and other objects. The first profession represented by a figure 8 centimeters in size was the mason, followed by the chimney sweeper, a motorcycle driver, a coalminer, as well as the policeman, or rather the Public Security officer. The first female figure was a nurse in a short dress or skirt designed by Marie Krejchová. In 1976. The figures with removable hair and head covering could carry tools and operate equipment; in the 1990s, plastic noses gave life to their faces. In the 1980s, the Směr Cooperative begun making practically identical toys under the name Hej Rup!  Igra made more than 50 models over the years and continued the production until 2006, despite the competition of imported toys including the Playmobil. In 2006 – 2008, the All Toys Company took over the molds for injection molding, while the brand name was owned by Lubomír Bláha. The Efko Company in Nové Veselí both the name, the designs and the documents in 2010 and began producing the figures again, introducing mobile wrists as well as a variety of cars and buildings, designed by Miloš Hába, for the Igráček figures to live in.

The figures have experienced COVID 19 together with people in the Czech lands. In March, the Efko Company started the Pomáhej s Igráčkem [Help with Igráček] campaign and the toys, representing helping professions as well as children and their parents, have donned face masks. Part of the profits goes to purchasing protective equipment and disinfectants for hospitals and the larger, living versions of nurses, physicians, rescue workers or firemen struggling with the effects of the pandemic- The factory capacity has been in part turned to production of plastic protective shields and disinfectants. To support Red Cross corona fund, Playmobil figures begun wearing face masks as well.

The Medical Museum has acquired several masked Igráček figures that are a proud centerpiece of our COVID exhibition. They are joined by the late 1970s Igráček nurse: in consideration of the time, we have supplied it with an older type face mask in 2020.