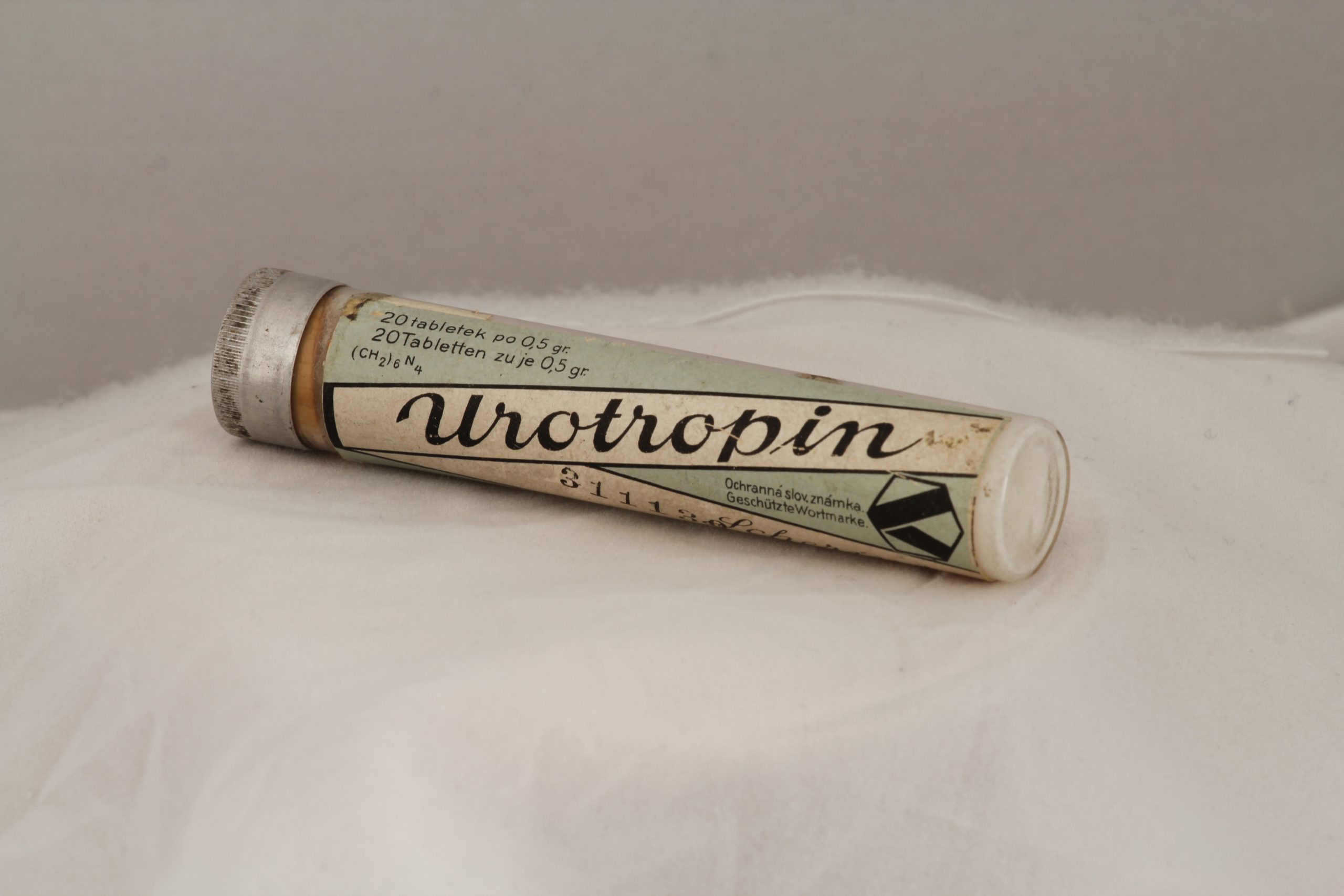 Object of the Month: September 2021

The many medicines and chemicals tested to treat patients during the „Spanish Flu“ epidemic of 1918-1919 included newly developed chemotherapeutics. Prominent among them was urotropin (hexamethylenetetramine, hexenamin), tablets carried by many soldiers in their battle dress pockets, whether as solid fuel for warming rations or as prevention and cure for phosgene poisoning. (Phosgene poison gas was first introduced on the Western front in 1915.)

Urotropin was first synthetized by Alexander Butlerov (1828-1886), a Russian organic chemist, in 1859. From 1894, it was used to cure urinary infection: among patients treated by urotropin was, at the end of his life, the composer Antonín Dvořák. Formaldehyde, the antiseptic agent formed by decomposition of urotropin in urine, was effective only in acidic environment and urine had to be acidized by further medications. During the flu pandemic, physicians valued both its influence on secondary bacterial infections affecting the pulmonary tract of influenza patients, caused by streptococci and staphylococci, and its antipyretic effect and alleviation of the “strange general languor or weakness” deemed typical for influenza.

In the 1920s and 1930s, urotropin was also administered in treatment of neurological diseases such as encephalitis or meningitis; antibiotics displaced it as anti-inflammatory agent after World War II. In the 1960s and 1970s it was considered a possible remedy for certain tumors. 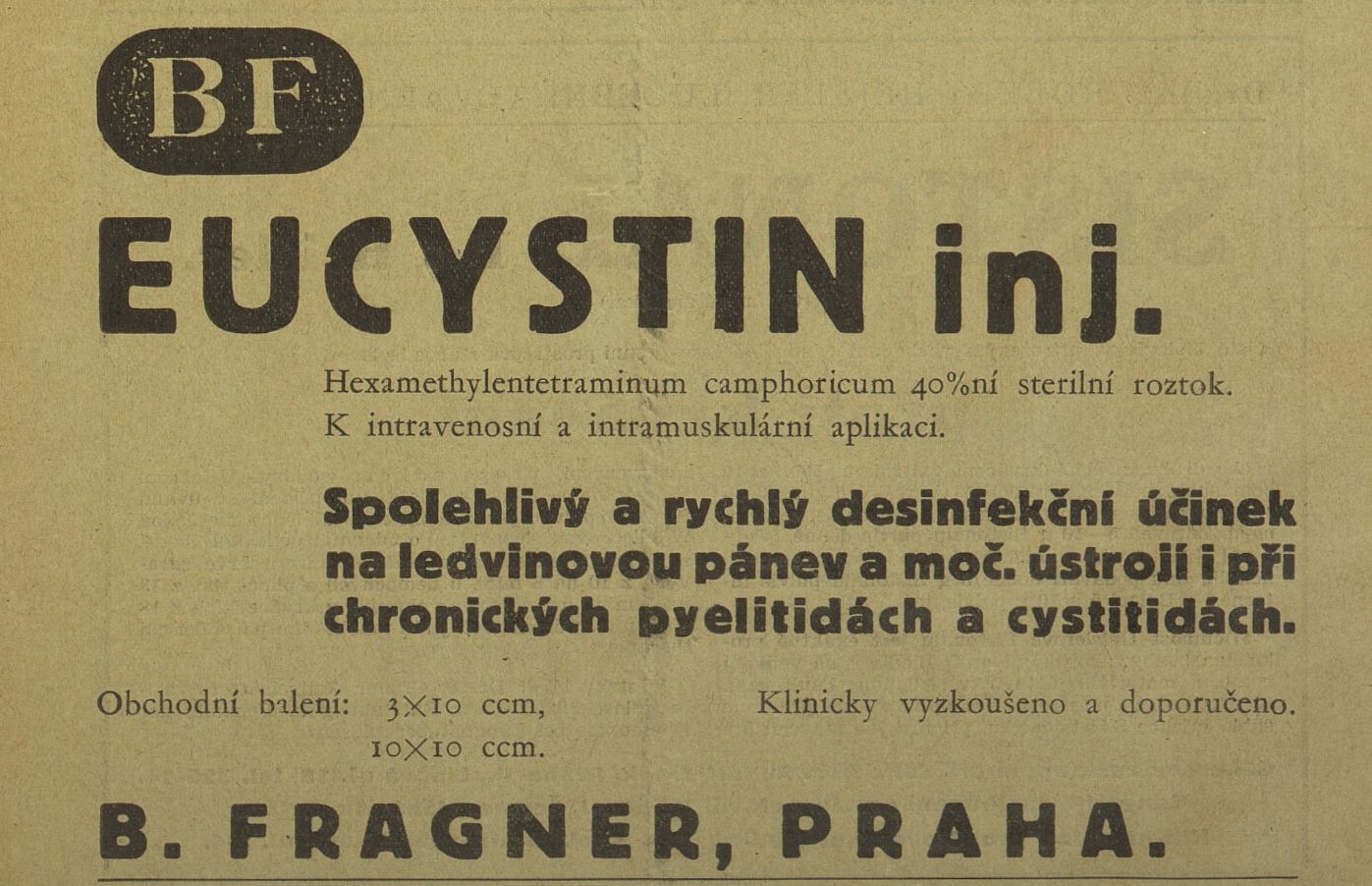