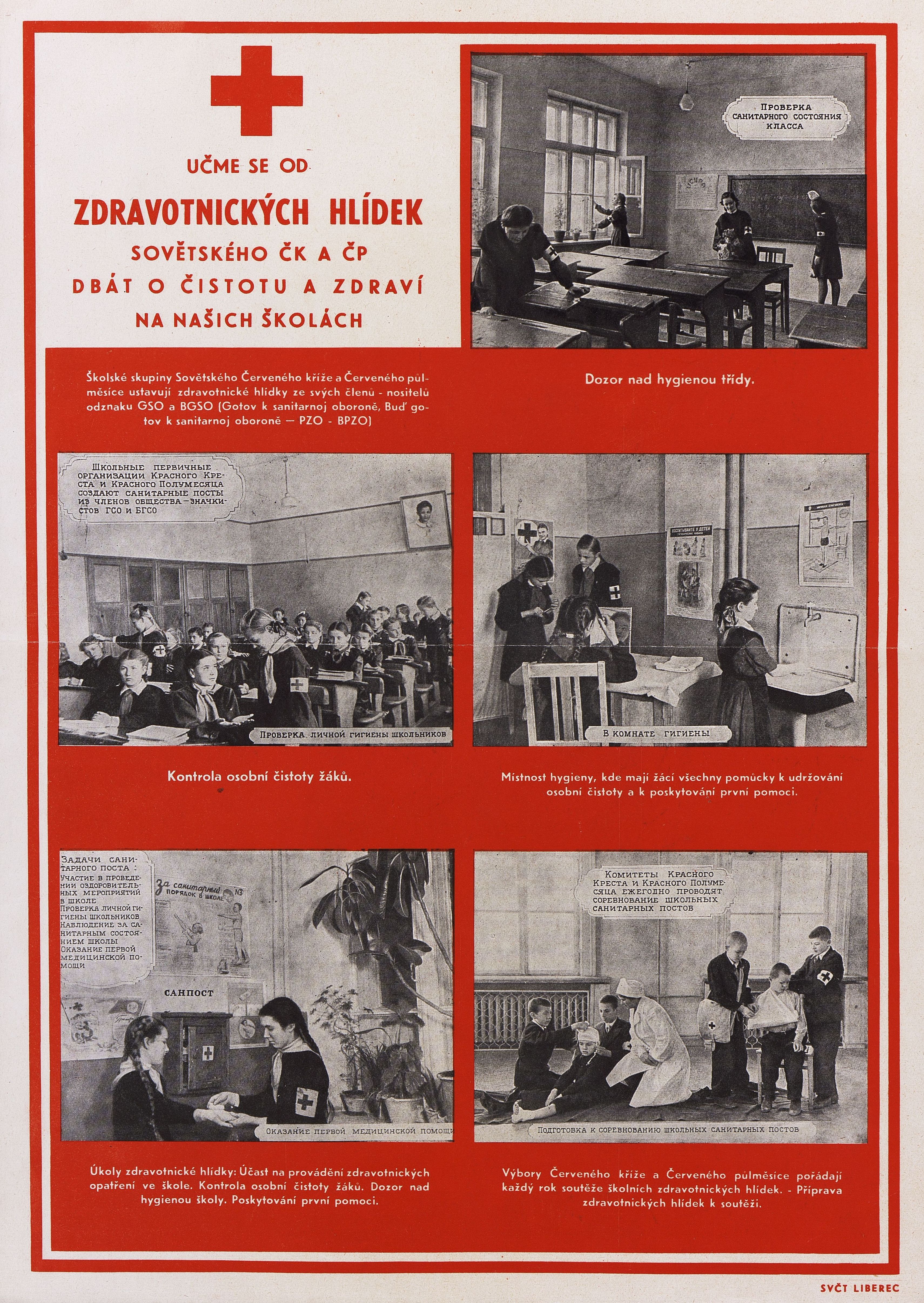 In the early 1950s the Czechoslovak Red Cross became a mass organization, as well as a part of the state-controlled healthcare system. The Red Cross was to „start over“, taking up the Soviet Red Cross and the Red Crescent as a model, rather than the pre-war tradition. Red Cross „Health Patrols“ were established in schools, factories and communities with no available medical care. School „Health Patrols“, composed of pupils bearing the „Be Ready for Sanitary Defense“ (grade and middle school) and „Ready for Sanitary Defense“ (high school) badges, controlled personal hygiene of pupils and public hygiene in schools and assisted school physicians – where they were available – in health examinations. In the Soviet Union, similar patrols and badges were introduced in the mid- 1930: as well as in the post-war Czechoslovakia, health education was closely linked to civil defense and preparation of the population for war. Around 1960, the badges were renamed to the less cumbersome „Young Medic.“

Bottom right: Every year, the Red Cross and Red Crescent Committees organize competitions of school Health Patrols. Preparation of patrols for the competition. 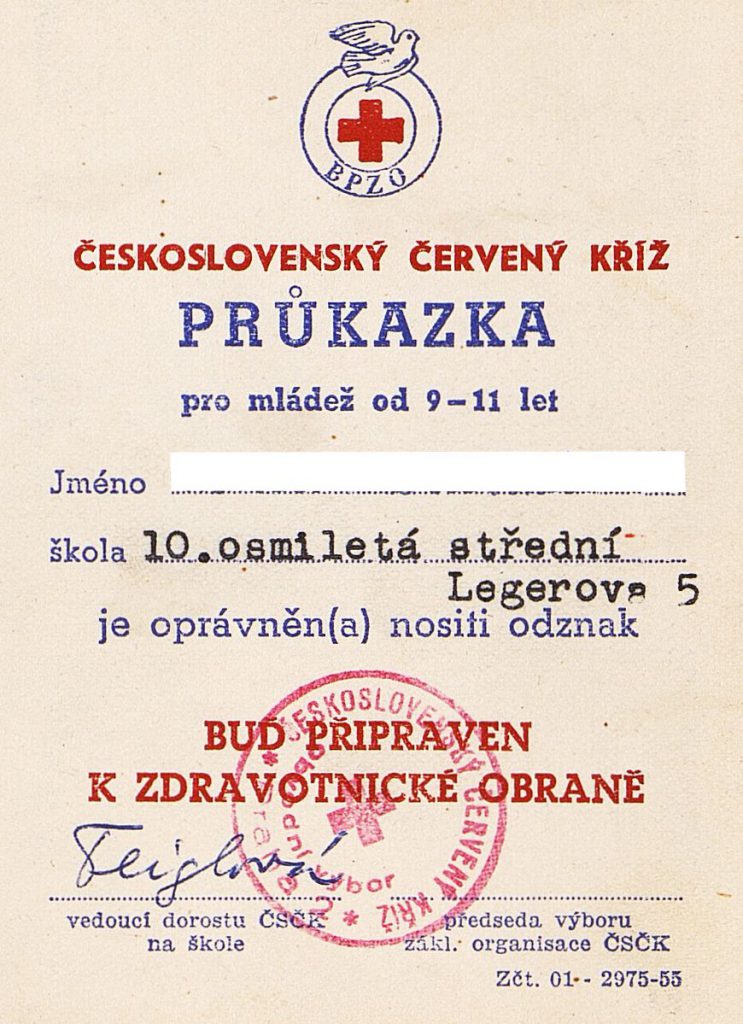 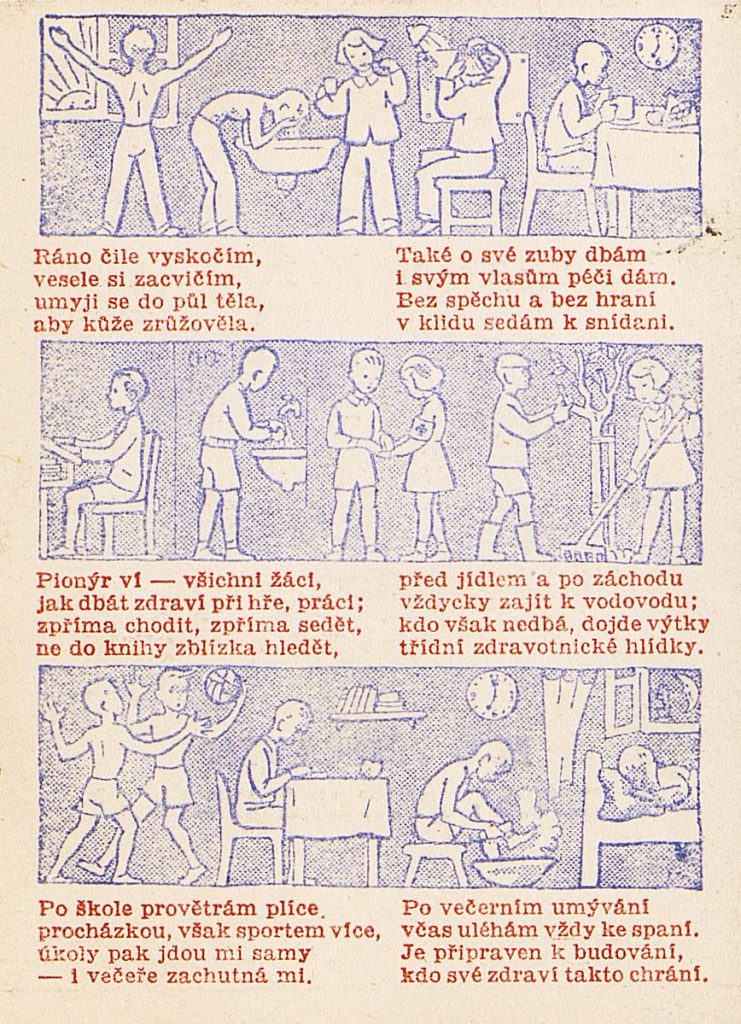