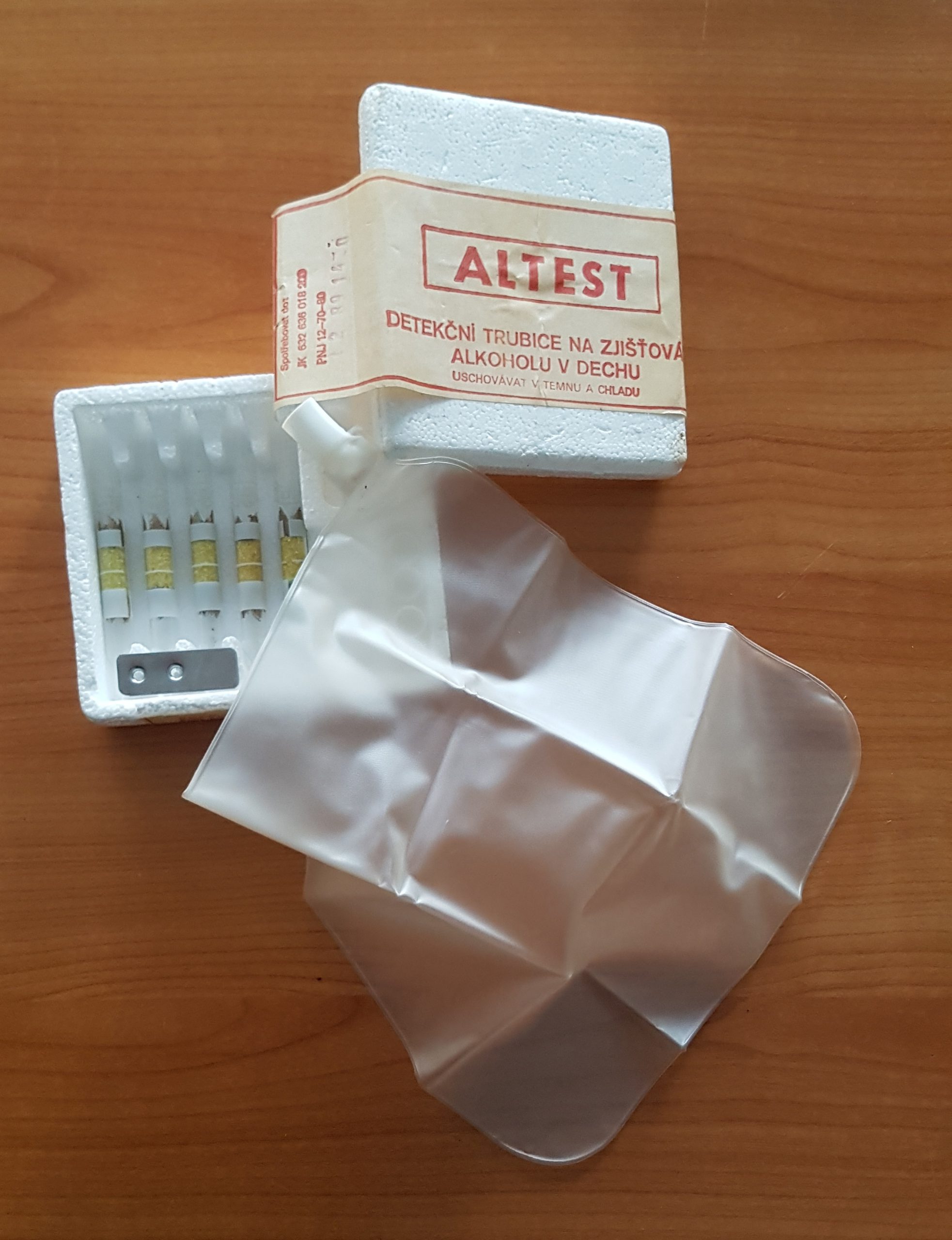 Object of the Month: February 2021 In the interwar years, the temperance movement intensified both in Europe and in America. The Czechoslovak Abstinence Union (before 1918, The Provincial Society against Alcoholism) and other public health associations including the Red Cross and the Masaryk League against Tuberculosis strove to convince both the children and the adults of the benefits of sobriety, established counseling and treatment centers and sought reform of the laws. The issue of drunk driving came into the focus of the temperance campaign only slowly: the education for sobriety concerned everyone, not just drivers.

In Czechoslovak law, the prohibition of driving under influence appeared only in the “automobile law” Nr. 81 of March 26, 1931. The law stated that “persons whose discerning and control ability is markedly reduced, especially by fatigue or the influence of alcoholic beverages, may not drive motor vehicles,” without, however, setting criteria of reduced competence or sanctions. The effort of both physicians and lawyers of the 1930s and 1940s brought no change to the law and the decrees on traffic rules of 1953 and 1958 contained similar formulations. Laws in other countries were similarly late and ineffective: the laws against drunk driving passed in the state of New York (1910) or in the United Kingdom (1925) pertained only to the visibly drunk. The effort of temperance organizations and politicians to address the threat of alcoholism radically (by prohibition) or the unequal development of road traffic in various countries may have contributed to the differences in legislation: the absence of conclusive, fast and simple tests of alcohol consumption was an important factor as well.

Early tests of blood alcohol content appeared in the late 1900s, but until the 1920s it was difficult to establish a link between the alcohol level shown and the ability to drive. Erik M. P. Widmark (1889-1945) introduced a method to demonstrate the alcohol content in a small amount of blood in 1922. The Widmark test continues to be used today, but a layman could hardly test blood of drivers by the roadside. Nonetheless, Sweden mandated the blood test for all those suspect of drunk driving in 1924; Norway in 1938, followed by Sweden and some American states (Indiana, Maine) established limit levels of blood alcohol that make driving illegal. Göran Liljestrand (1886-1968) and Paul Linde established in 1930 that the alcohol content in two liters of exhaled air corresponds to that in one milliliter of blood and thus set the basis for noninvasive driver testing.

Instruments that allowed estimating blood alcohol from the proportion of ethanol vapors in breath were developed in 1927 by Emil Bogen (1896-1962) and William D. McNally (1882-1961). The drunkometer, invented by the American biochemist Rolla Neil Harger (1890-1983) in 1931, came to be used by many police departments: in the instrument, breath alcohol discolors the violet permanganate solution in sulfuric acid. In the 1950s, Czechoslovak police laboratories and road and rail units used Harger’s device as well, to complement and corroborate blood test results. The instrument could be, as opposed to the Widmark test, employed by laymen: the set was, however, large, heavy and expensive, and manipulating large volumes of sulfuric acid posed risk to the clothes and the health of technicians. 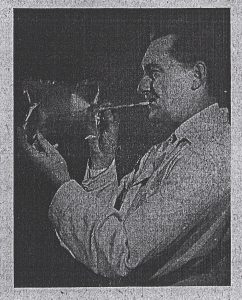 In 1953, the German Dräger company developed a simple tube test to check the presence and approximate level of alcohol in exhaled air. In the beginning, the Alcotest was a side product of research for determination of toxic substances in the air. Selected chemicals reacted to the presence of gases and organic solvent vapors with prominent color change. The potassium dichromate sulfuric acid solution was found to change color in the presence of ethanol vapors. Ethanol is oxidized to acetic acid and reduces the yellow potassium dichromate solution to the green chromium (III) sulfate. The test kits were easy to use and the results clear and understandable to drivers. Police used them in Germany, Sweden or Great Britain.

Eastern European countries began producing their own tube tests in the late 1950s. East German chemists developed Alcolor (VEB Laborchemie Apolda), other tests were prepared in Poland and in Czechoslovakia. The Laboratorní potřeby (Laboratory Equipment) national corporation made this „confirmer“ (průkazník) under the name Detalcol. In 1959, Detalcol was tested and certified both by the Toxicology and Forensic Chemistry in Prague (Karel Kácl) and the Department of Forensic Medicine in Hradec Králové (Jiří Beran). The driver breathes through a glass tube into a standardized balloon: the tube contains silica gel granules coated with a potassium dichromate sulfuric acid solution, insulated by glass wool at the ends. The color change shows the alcohol concentration corresponding to blood alcohol levels of 0,4 ‰ and above. During the 1960s, drunk driving legislation in Czechoslovakia changed. The Interior Ministry Decree 141/1960 Coll. Prohibited all alcohol consumption before and during driving and mandated testing, leaving open, however, the measure of the legal limit and again, set no sanctions. The Decree 80/1966 Coll. that replaced it mandates a breath alcohol test (i.e., Detalcol), as well as medical examination and blood sample in case of a positive result. A driver that tested positive or refused the test lost his license temporarily or permanently. Since the mid-1960s, the production of the tests was taken up by the Kavalier Glass Works in Votice. At first, the tests were distributed to the police, the railway security and the industry, but they began to be sold occasionally also in drug stores in the early 1970s. Part of the output was intended for export. The blood alcohol limit in Czechoslovakia was set to 0,8 ‰ in 1970 and subsequently the tubes were fitted with a scale and a line marking this value. In the early 1980s, the name of the device was changed to Altest and the company continued its production until 2008. The development of body alcohol measurement continued far beyond tube testing. More precise and specific blood alcohol tests, using enzymatic oxidation and, later, gas chromatography, were introduced in the 1950s. Breath alcohol tests advanced as well: Robert Borkenstein (1912-2002) developed his breathalyzer, an apparatus that used a photo cell to measure color change of the dichromate solution and registered the levels of alcohol concentration. (In the 1960s, Czechoslovak laboratories enjoyed one such instrument.) Contemporary devices detect infrared ray absorption by ethanol molecules or the electric current produced by alcohol oxidation in a fuel cell. The results of new test methods can establish – in Czechoslovakia, since 2009 – proof of alcohol consumption. Drivers, however, continue using devices analogous to Altest to check that last night party does not prevent them from driving today.