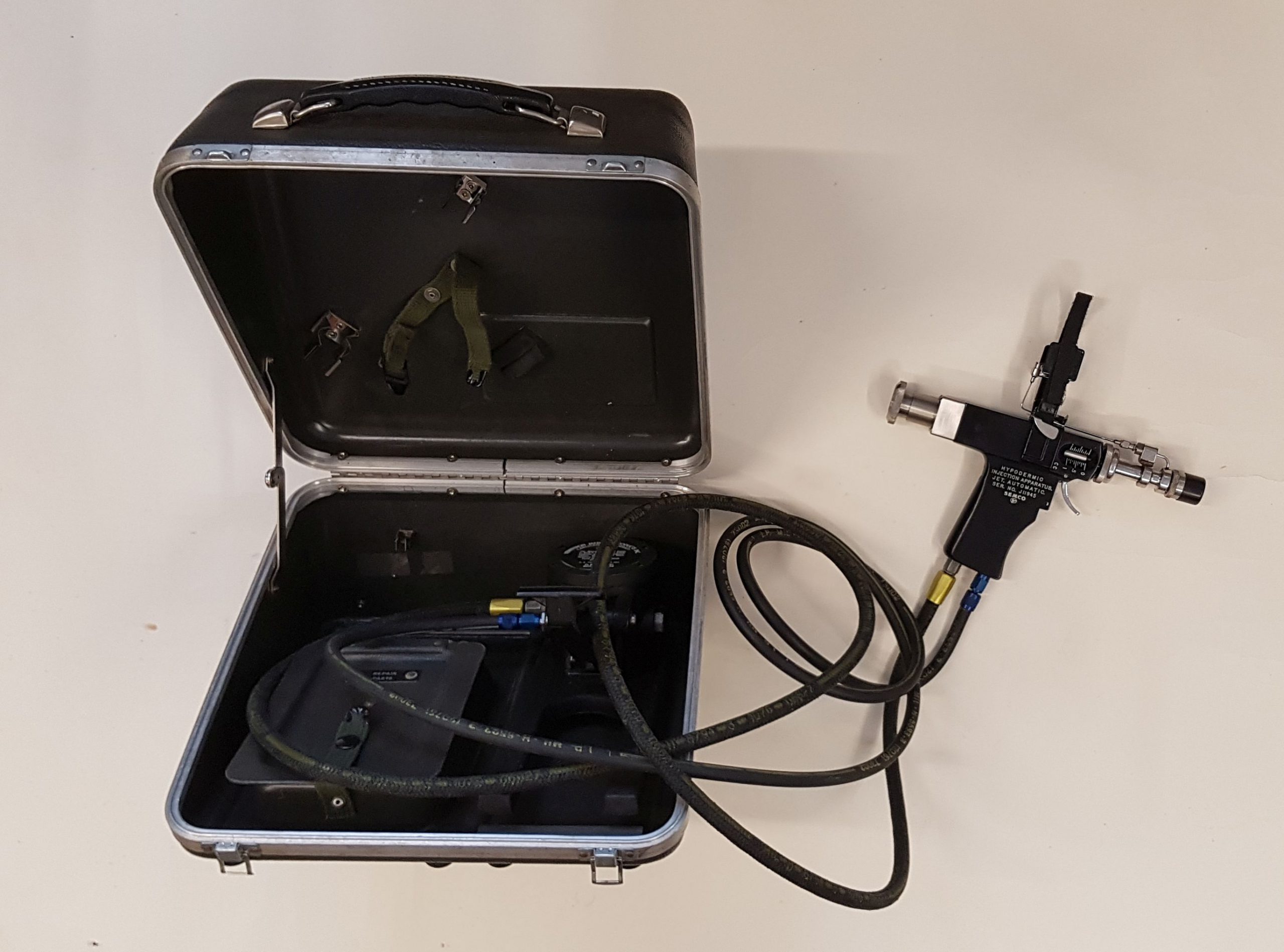 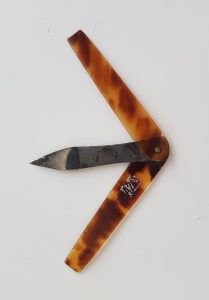 In 2021, the hope of people menaced by the coronavirus turns to vaccination. Several vaccines for the SARS-CoV 2 virus have been produced: the compounds are being tested and inhabitants of various countries await the injection that will protect them from the pandemic. Hope is followed by worry: will there be enough vaccines for all people around me? Will it be safe? How soon will my turn come, and the turn of my family? When will enough people be vaccinated for the threat to pass, in my country and across the world? And will that ever happen?

The March Object of the Month evokes the first infection medicine fought using inoculation and, at the same time, the first disease eradicated from the world: smallpox, or variola. Late in the 18 century, cowpox vaccination replaced variolation, inoculation with the lymph from the pustules of smallpox patients known since the Middle Ages. Edward Jenner (1749-1823) demonstrated the effect and safety of the procedure in 1798. Lancets, familiar to surgeons as bloodletting instruments, became the first vaccination tools: vaccine was inserted into the skin with a shallow, oblique cut. Vaccination spread across Europe and the US in the next one hundred years: endemic smallpox, however, persisted until the 20 century. In Czechoslovakia, the last native cases date from 1928 (five years after obligatory vaccination was introduced), in Europe from 1952.

In Africa, Asia and Latin America, smallpox continued to kill millions of people. In a world interconnected by international transport, trade and travel, no country was protected from the spread of infection. The World Health Organization started its project of global eradication of smallpox in 1959, but in the first years, the program suffered from lack of funding. The initial assumption that the virus is highly infectious and easily penetrated even the most isolated communities required inoculating close to 100% of populations. On the global scale, in poor countries lacking developed healthcare systems and transport routes, often plagued with armed conflicts to boot, this appeared an impossible objective. Even so, mass vaccination at points-of-collection did begin in Brazil (the most severely affected Latin American country) in 1965 and in 1967, together with measles vaccination, in several countries of Western and Central Africa.

Rapid inoculation of entire communities demanded new techniques. The idea of needle-less syringe dates from the 1860s, workable prototypes from the 1930s. An automatic jet injector delivering up to 1000 doses per hour from a single vessel was devised by Robert Hingson (1913-1996) for US Army medical corps in 1947. His Hypospray served to vaccinate soldiers and recruits against typhoid, tetanus or polio since 1952; during the 1950s, Hingson used it also in his healthcare campaign in the developing world. The jet injector soon entered popular culture. In 1947, the Hypospray appeared in a radio play based on The Shadow comic book; at the launch of the Star Trek in 1966, the series introduced its own, somewhat more potent and versatile version of the device.

The WHO smallpox campaign naturally took notice of the instrument. The smallpox vaccine, however, to be administered by intradermal injection (under the epidermis), not under the skin or into the muscle. In addition, electricity was often unavailable in the afflicted areas. Aaron Ismach devised a pedal-driven injector in the late 1950s (Ped-O-Jet) and a special nozzle for intradermal injection in 1963, solving both problems. The New Jersey based SEMCO Corporation began production in 1963.

WHO and national vaccination campaigns utilized the instrument, intended for mass vaccination, until the 1970s. However, during the 1960s, the WHO vaccination strategy changed. African experience showed that the infection spread much slower and required a longer, close contact with the infected patient. The new policy, which was to shape the campaign in South Asia and Easter Africa in the late 1960s and early 1970s, focused on epidemic surveillance with maximum employment of trained lay staff. Numerous Czechoslovak epidemiologists and virologists took part in the monitoring of patients, training of personnel, health education and vaccination during that time. Mass vaccination based by official health reports gave way to active detection of smallpox cases, isolation of patients in their homes, rather than overcrowded and poorly equipped hospitals, and monitoring and quick vaccination of their contacts, especially family members and other caretakers. Eradication “from below” had less use for the jet injector: there was never enough instruments for all vaccinators, the device was heavy, expensive and required skilled servicing. In many countries, the visit of a doctor with a tool resembling a gun was met with natural worry. Rather than the “peace gun,” a tiny, 5-6 cm long bifurcation needle became the iconic instrument of the campaign that concluded in 1977, when the last person infected naturally, the Somali cook and occasional vaccinator Ali Maow Maalin (1954-2013), recovered from smallpox. In the 1960s, the microbiologist Benjamin A. Rubin (1917-2000) sought a simple tool to introduce enough vaccine into the skin with one or two scratches. In 1965, Rubin ground the eyelet of a darning needle into the shape of a fork. A drop of vaccine was held between the tines which perforated the skin surface. The instrument is light, cheap, and can be sterilized quickly or discarded after use. Training laymen in its use takes little time. Every vaccinator could easily carry a supply of needles and a vial of vaccine when traveling on foot or spending the night in a village.

When the objective of the eradication campaign (“Target Zero”) appeared in sight, the program director Donald Ainslie Henderson (1928-2016) proposed an award to honor campaign participants with The Order of the Bifurcated Needle. Henderson’s daughter Leigh A. Henderson designed the lapel pin, a bifurcation needle twisted to the circle to represent zero occurrence of smallpox. At the 1976 WHO conference in Geneva, 700 people involved in the campaign, including many from Czechoslovakia, were admitted into the Order.

WHO declared smallpox eradicated at the 33 World Health Assembly on May 8, 1980: the photographer Janet Parker (1938-1978), infected in a British laboratory investigating the virus, was the last victim of the disease. Possible infection with blood-borne viruses such as hepatitis B, hepatitis C or HIV later put an end to the use of single-nozzle jet injectors for vaccination, WHO and Center for Disease Control 1990s studies showed that the injectors are rarely contaminated, but if so, the infection easily passes to those vaccinated. The production in Keystone Industries (the last successor to SEMCO since 1995) ended in 1997; the US Army prohibited jet vaccination in the same year. Contemporary injectors, equipped with a disposable nozzle linked to a plastic container or entirely disposable, serve to inject insulin, growth hormones or anesthetics to patients unable to tolerate shots. The „peace gun“ remains a key character in the story of first successful eradication of a disease in history. Today, it stands for resolve in fighting infection, as well as the hope we shall defeat corona as completely as smallpox, just much, much faster.

In the coming months, we will feature more vaccination instruments from the Medical Museum collection: from 19 century lancet to  bifurcation needles.